Yukon Solitaire is a fun game which has a good success rate. Although it does require some luck, Yukon Solitaire game requires good concentration and the right strategy, to win reliably.

In the manoeuvre zone, move any pile of cards from one stack to another, as long as the top card in the pile is of alternate color and one lower rank than the card it moves onto.

To win yukon solitaire it is necessary to expose all of the face-down cards. All moves should be taken with the purpose of exposing these cards. 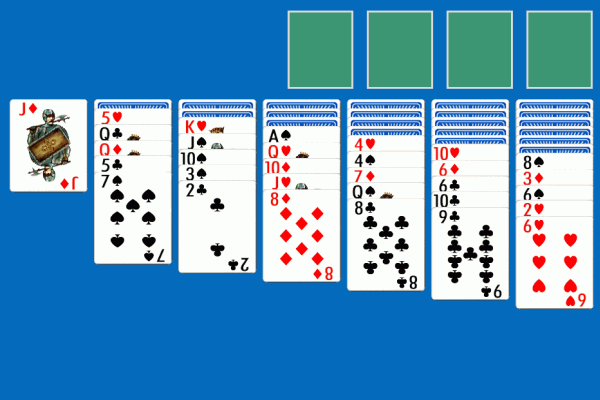 To expose a face down card in column 5, the 4 of Hearts can be moved as follows:

This exposes a new card, the 2 of Spades: 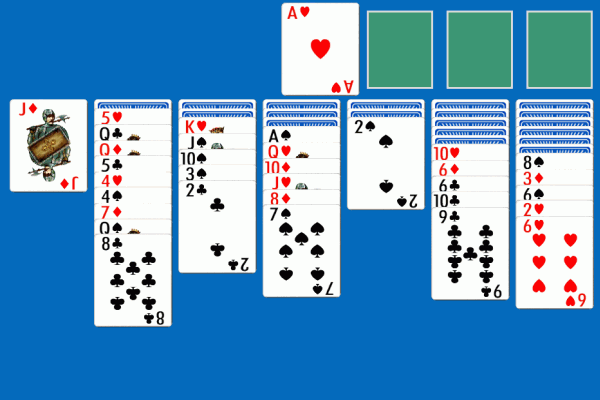 Next, a face-down card in column six can be exposed, by moving the 10 of Hearts as follows:

This exposes the Ace of Clubs, which can be immediately moved to the foundation, exposing a 3 of Clubs.: 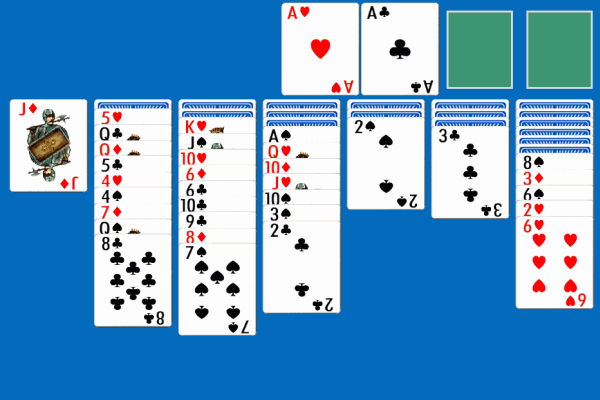 From here you might move the 2 and 3 of Clubs up to the foundation, exposing another face-down card.