Westcliff is a variation of Klondike Solitaire. It's considerably easier though, and most deals can be won.

The aim of Westcliff is to build 4 ascending suit sequences, in the foundation zone.

In the manoeuvre zone, cards can be moved in descending rank, as long as they are different colors.

So for example, any Black 6 can be moved onto a Red 7.

Piles of cards can be moved, as long as they are in sequence.

Cards are dealt from the talon one at a time, and there is no redeal. 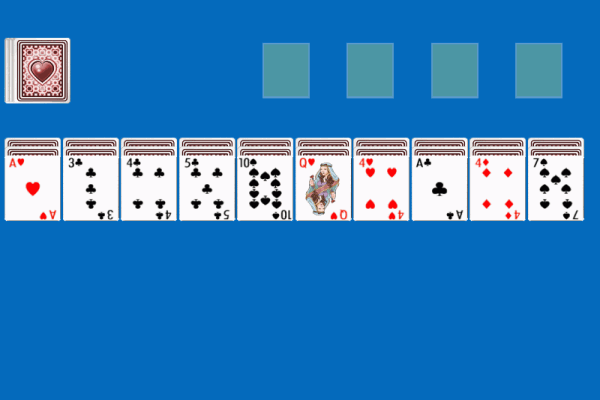 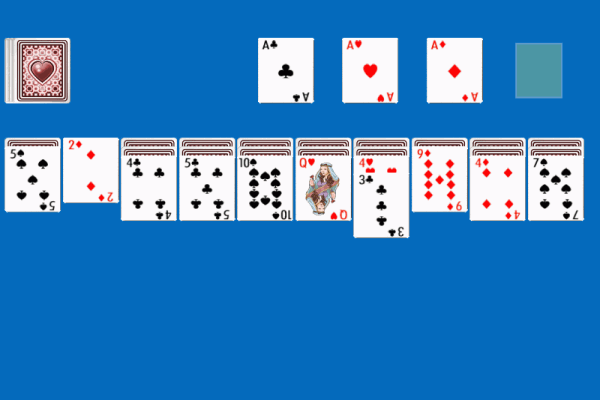 Now we can move the 4 of hearts and 3 of clubs at the same time, onto the 5 of spades, and in a separate move, place the 2 of diamonds on the foundation... 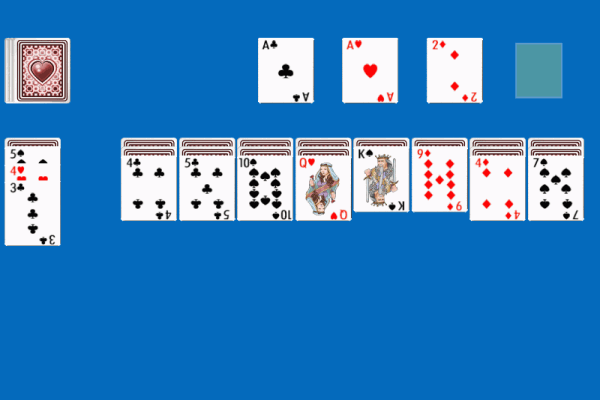 This exposes an empty column, which can only be filled by a King... 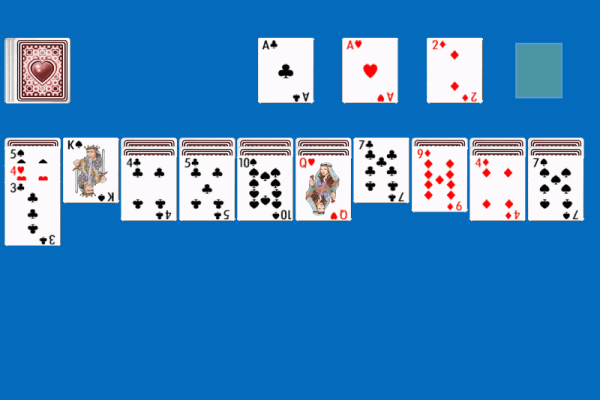 At any time, we can get a card from the talon... 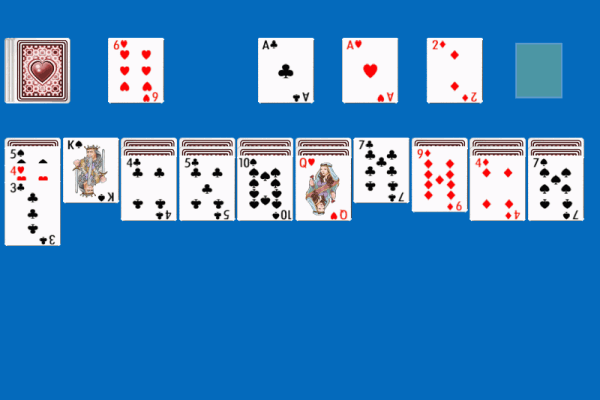