Wave Solitaire is a dogMelon original, based on Corona and Golf Solitaire. It's quite an easy game, but special attention needs to be paid to fix inversions.

The aim of Wave Solitaire is to build 4 ascending suit sequences, in the foundation zone.

In the manoeuvre zone, form descending sequences of same suit.

But cards can be moved to the discard stack, if they are of adjacent rank, regardless of suit. (Like Golf Solitaire)

Check for inversions- where a low rank card is underneath a high rank card. eg: The 2 of Spades is underneath the Jack of Spades. These will need to be "fixed" by using the discard pile when possible. 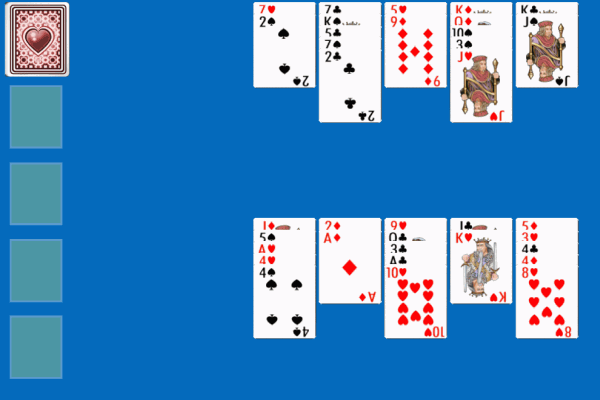 All three inversions will need to be "turned around" to complete the game.

After moving the Ace of diamonds, the next move might be the 10 of Hearts to the Jack of Hearts. This is a good move for 2 reasons...

After moving the Ace of Diamonds, Ten of hearts, and Ace of clubs... 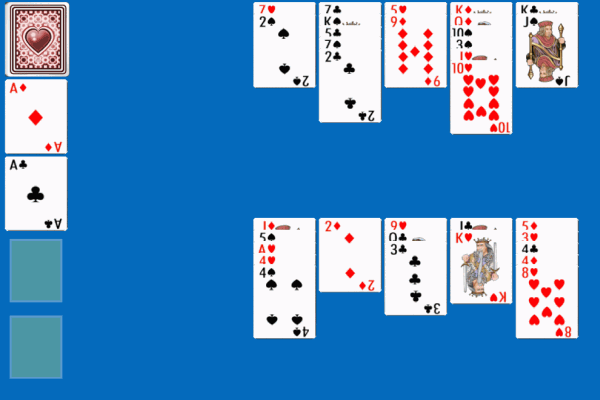 We now should click the Talon, just to see whats available... 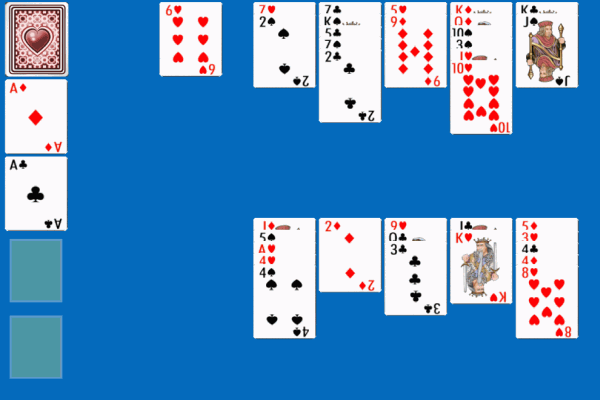 The talon had a 6 of hearts. There is no 7 of Hearts to put this onto, or 5's or 7's available to put onto it, so we might deal some more from the talon, until we reach here...

The 9 of Clubs now gives us an opportunity to fix another inversion. 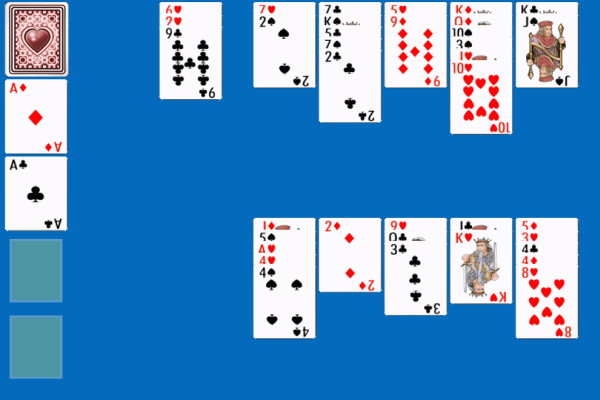 So we move the 8 of hearts, because it fixes the 3 of hearts inversion... 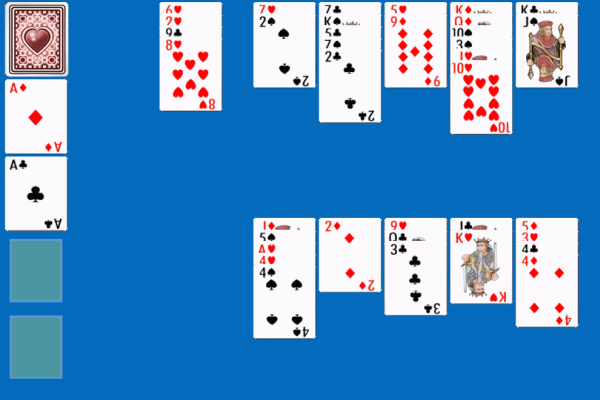 From here play will continue, until all inversions are fixed. Notice how more attention is spent trying to fix inversions, rather than move cards to the foundation. This is the key to winning Wave Solitaire.