Thumb and Pouch is a version of Klondike Solitaire with some small modifications- Any card can be moved into an empty column, and the rules for building down are slightly changed. These changes make the game MUCH easier to win, and it is possible to win most games...

The aim of Thumb and Pouch is to build ascending suit sequences, in the foundation zone.

In the manoeuvre zone, form descending sequences. Cards can be placed onto any suit, except their own. For example: the 8 of Clubs can be placed on the 9 of Hearts, Diamonds, or Spades, but NOT the 9 of Clubs.

Multiple cards can be moved in one go.

At any time, flip cards from the talon. Where possible, move these cards into the manoeuvre zone, or directly into the foundation zone. If, during the course of play, a manoeuvre stack becomes empty, any card (or sequence of cards) can be moved onto it.

You can only go through the talon once. 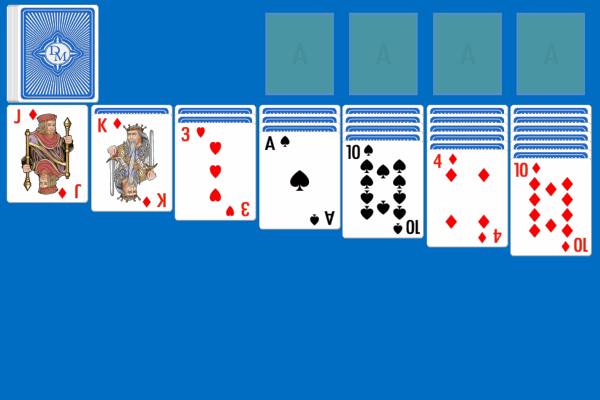 The 10 of diamonds cannot be played onto the Jack of Diamonds, because they are the same suit.

Later on in the game you can get to this point: 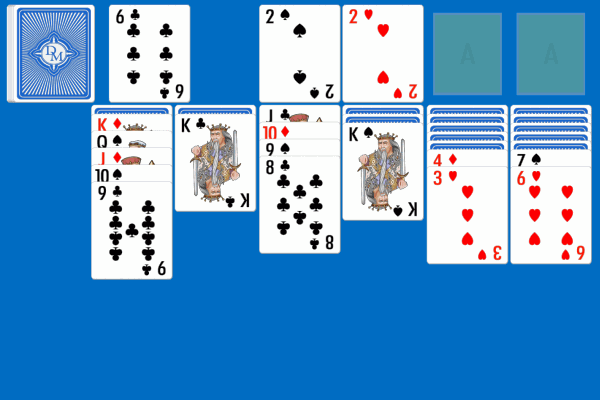 In regular Klondike, only the Kings could be moved to the empty column. In Thumb and Pouch though, ANY of the face up cards can be placed there- giving you much more options, and making the game much easier.