Strategy is an unusual game, because dealing the cards is half of the game. You have a choice about where the cards are dealt to. It requires a lot of concentration, but has a good success rate.

To complete four ascending suit sequences in the foundation zone.

The initial tableau has the four aces automatically moved to the foundation zone. Then, as you deal the cards, you have a choice of 8 manoeuvre stacks to deal each card to. How you deal these cards will determine whether the game can be won.

While dealing, click on a manoeuvre stack to deal the next card to that location.

The deal is the most important phase of this game. After that, moving cards to the foundation is purely mechanical.

It's important not to obscure a low rank card with a higher ranked card from the same suit. That causes play to be blocked. In general, try to avoid obscuring lower ranks with higher ranked cards. Reserving different stacks for different 'ranges' of ranks can be a useful strategy. For example, you might keep a stack especially for Kings, not placing anything else on it until all four kings are out. 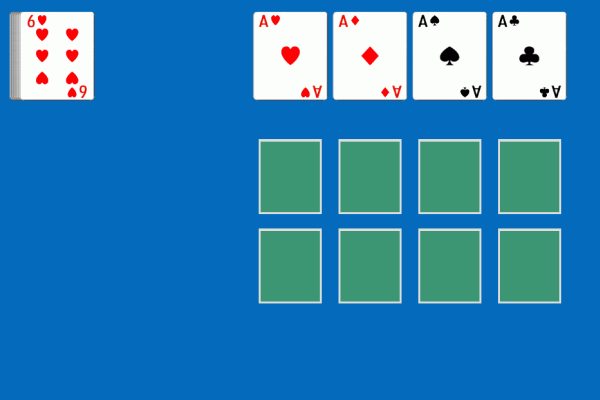 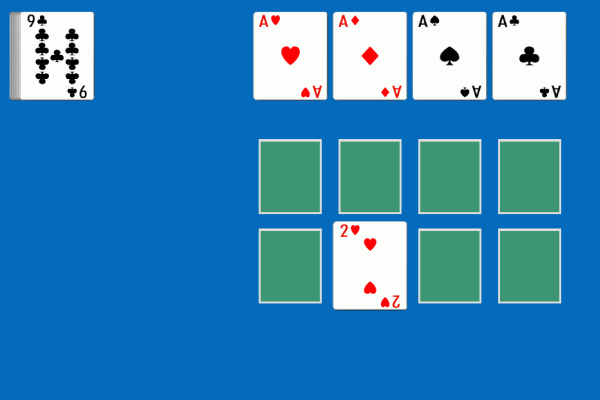 You could place it on the 6H, but then it could be dangerous. You have to make sure you don't forget later, and place a 7H or higher on the 9C, since that would block play. Therefore, in the absence of a superb memory, you might elect to start a new stack. It is always safe to play the same or lower rank card onto an existing stack, however this is not always possible. After a few more cards, our tableau looks like this: 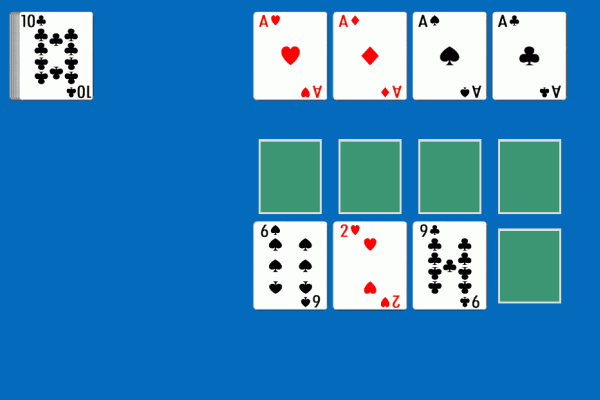 In this case, you can put the 10C anywhere except on top of the 9C. As you play the game a few times, you will work out other strategies for placing the cards.