A smaller version of the popular game 'Spider'. It has the same rules, but is faster to play, and only requires a single deck of cards.

To build ascending suit sequences in the foundation zone.

The opening tableau looks similar to Klondike, except for the different talon. Cards can be moved in the manoeuvre zone, onto cards of 1 higher rank, regardless of suit

Multiple cards can be moved as a run, but only if they form a descending sequence of the same suit

Any Card (or run), can be moved into a vacant manoeuvre stack.

Clicking the talon will deal one new card to each manoeuvre stack. Dealing these cards introduces new cards into play, but also covers other cards. A good strategy is to move as many cards as possible before dealing from the talon.

The game ends when all cards are moved into the 4 foundation stacks. 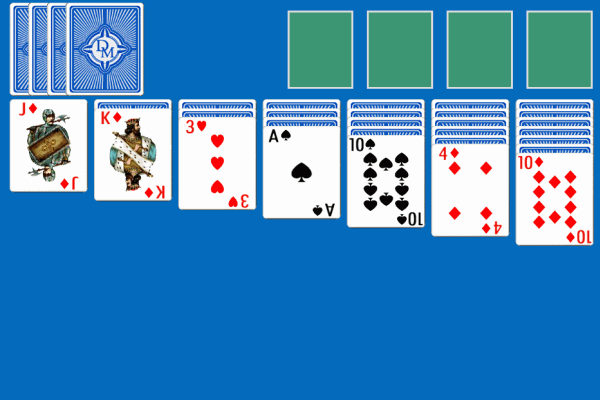 You might place the 10 of Diamonds onto Jack of Diamonds, and the 3 of Hearts onto 4 of Diamonds. This has exposed some of the face-down cards, which is a good strategy. Unfortunately, we now have no more moves available: 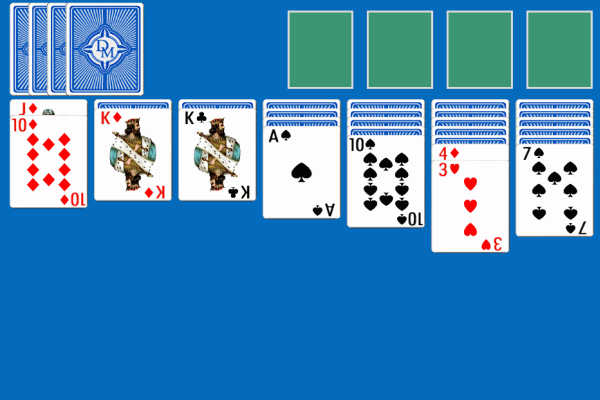 It's time for a deal from the talon. Dealing more cards produces the following tableau: 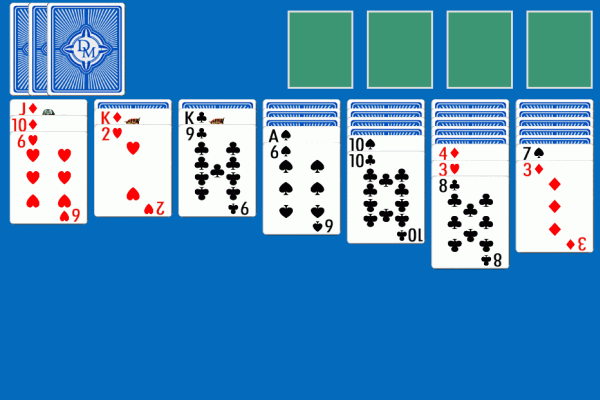