Sea Towers Solitaire is a one-deck game, similar to Freecell Solitaire. Unlike Freecell, cards are built down in suit, and an empty column can only be filled with a King. This makes the game quite a bit harder than Freecell, but arguably makes it more fun.

To build 4 same suit rows in the foundation.

Empty columns can only be filled with a King.

Like Freecell, the game supports power moves. This is just a shortcut way to move multiple cards at once. Unlike freecell, empty columns are NOT used in calculating how many cards can be moved. 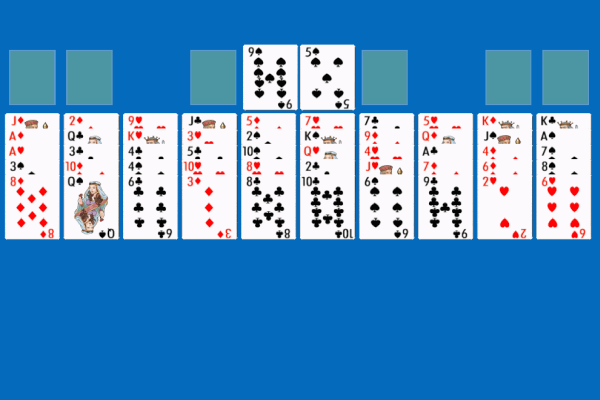 The four stacks at the top-middle of the screen are the 'towers' or freecells). As you can see, two of them contain a card, in this case the 9 and 5 of spades)

With this game you might start trying to access the Ace of clubs, because both cards underneath it can be played without using the freecells. 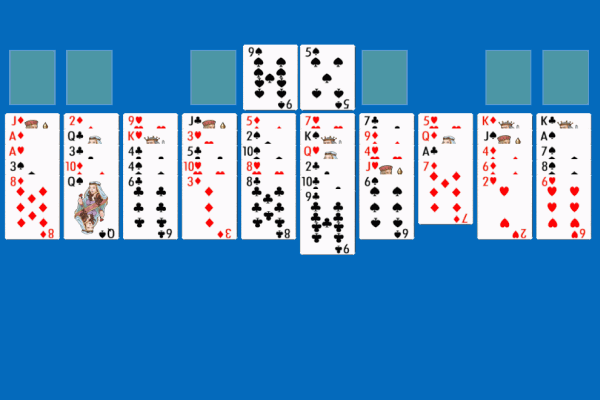 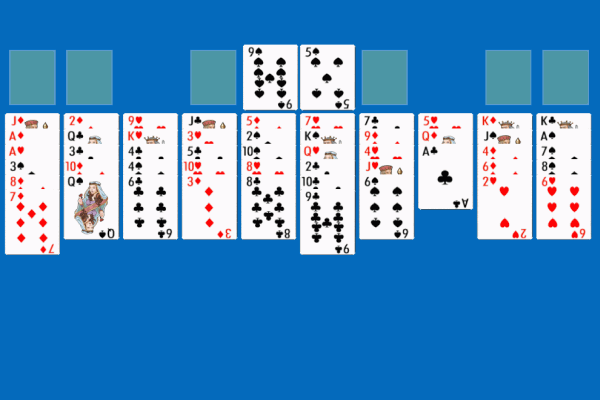 Now the Ace of clubs can be moved to a foundation... 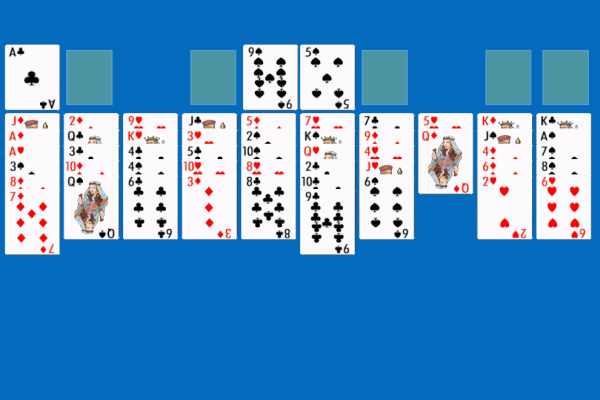 From this point the next move might be to move the 5 of spades away from the freecell, to free up one of the freecells... 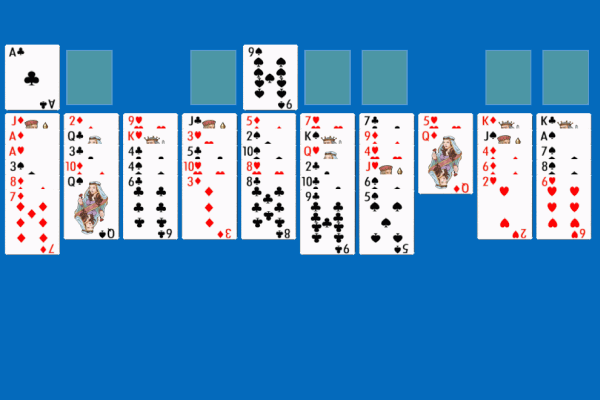