Scorpion Solitaire has a relatively high success rate. Strategy and luck play equal parts. The ability to move entire runs of cards, even though they do not form a sequence, is similar to Yukon Solitaire.

The aim of Scorpion Solitaire is to build ascending suit sequences in the foundation zone.

In the manoeuvre zone, move any pile of cards from one stack to another, as long as the top card in the pile is of the same suit and one lower rank than the card it moves onto.

The most important thing is to expose the face-down cards whenever possible. Leaving cards face-down will block the game 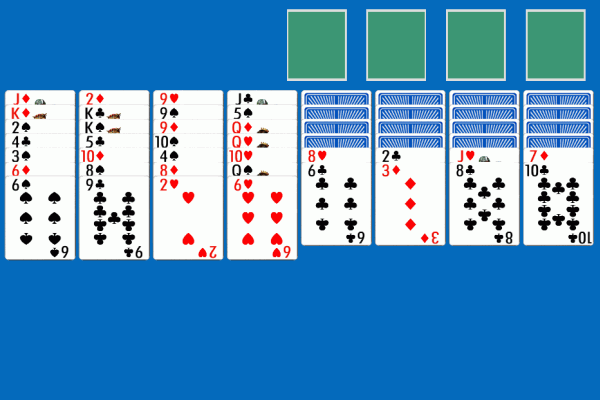 Looking to expose the face down cards, we can quickly expose the Jack of Hearts:

This exposes a face-down card: 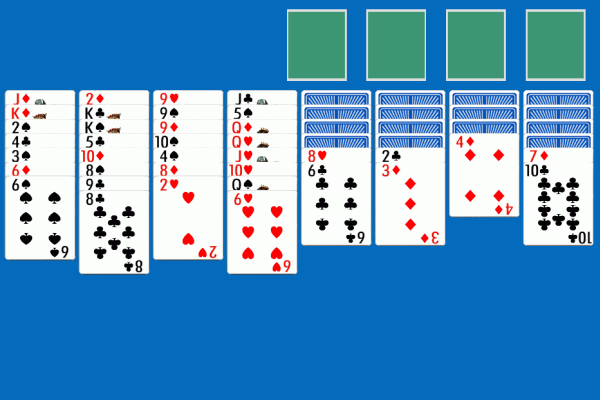 Keep trying to do this until the game is finished.