Russian Solitaire is very similar to Yukon Solitaire, but with one important difference- cards are built down in suit, rather than in alternate colors. This makes the game considerably harder, and many deals can not be finished.

In the manoeuvre zone, move any pile of cards from one stack to another, as long as the top card in the pile is of the same suit and one lower rank than the card it moves onto.

To win Russian Solitaire it is necessary to expose all of the face-down cards. All moves should be taken with the purpose of exposing these cards. 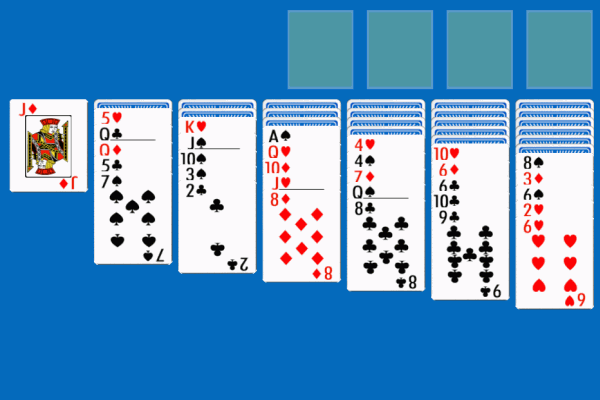 There is a simple move we can do at the start to expose a new card- Move the 5 of Hearts onto the 6 Of Hearts, which exposes the 2 of Diamonds... 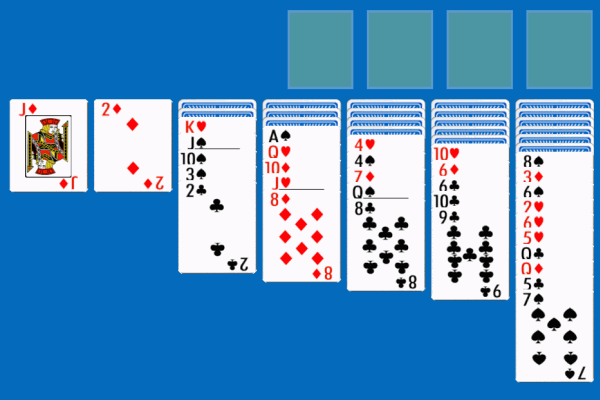 Now we might want to expose the Ace of Spades, so that it can go to a foundation.

Working backwards, to expose the Ace, we will need to move the Queen of Hearts.

To move the Queen of Hearts, we will need to expose the King of Hearts.

To expose the King, we need to move the Jack of Spades.

To move the Jack Of Spades, we need to expose the Queen of Spades.

To expose the Queen of spades, we need to move the 8 of Clubs, which can move onto the 9 of clubs.

So, working the other way, we make the following moves...

This exposes the Ace, which can be moved to the foundation, and exposes the 3 of Hearts underneath... 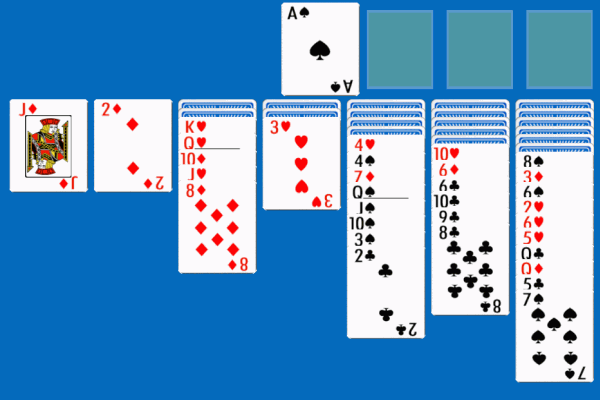 From here you might try to empty a column (so you can move the King of Hearts). You might do this by trying to get the 2 of Diamonds onto the 3 of Diamonds.