Also known as "Red and Black", this solitaire is quite unusual because the cards in the foundation are built up in alternating color! It's quite easy to win as long as you pay attention and choose when to empty columns carefully.

The aim of Rouge Et Noir is to build ascending alternating-color sequences in the foundation zone.

Only one card at a time can be moved.

At any time, flip cards from the talon.

You can go through the talon twice.

If a column is emptied, it is automatically filled from the waste pile, or the talon. 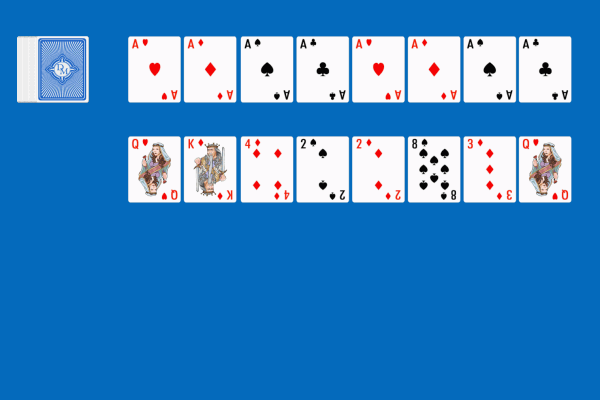 Each move will be emptying a column, so they will be filled immediately from the waste/talon, leading to here... 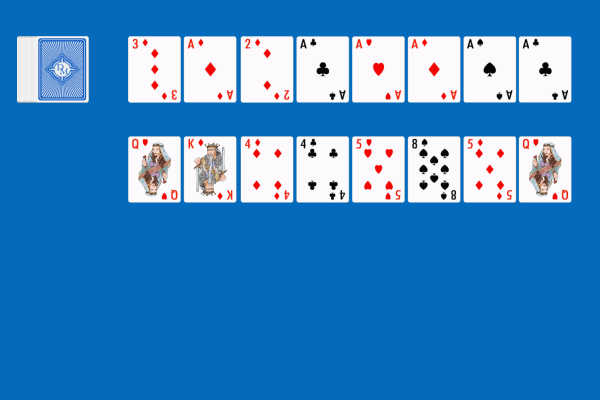 We could continue by moving the 4 of Clubs and the 5 of Hearts up. Just because we can do these moves doesn't mean we should though- we may be better off leaving them until later, depending on what the next cards in the talon are.