Penguin Solitaire is a fun variation of Freecell Solitaire. Although based on Freecell, there are quite a few differences, such as the fact that there are 7 Freecells.

To build 4 same suit rows, going up in rank from a base card.

When the game starts, 3 cards are dealt straight away to the foundations (on the left side of the screen). The remaining base card will always be at the top of the first stack.

Cards are played to the foundation, wrapping through the King.

So for example, if the base is a 9, then the cards will be played to the foundation in this order:

At the top of the screen there are 7 freecells. Any card can be moved to an empty freecell at any time.

Cards in the tableau are built in decending rank, with the same suit. Multiple cards in sequence can be moved in one go.

Although Penguin uses a lot of empty freecells, be careful not to fill them, as they all may be needed to finish the game in the later stages. Also bear in mind, that just because you can make a move, doesn't mean that it will necessary help- sometimes you are better off not making a move, because it will mean less cards to move to the freecells later. 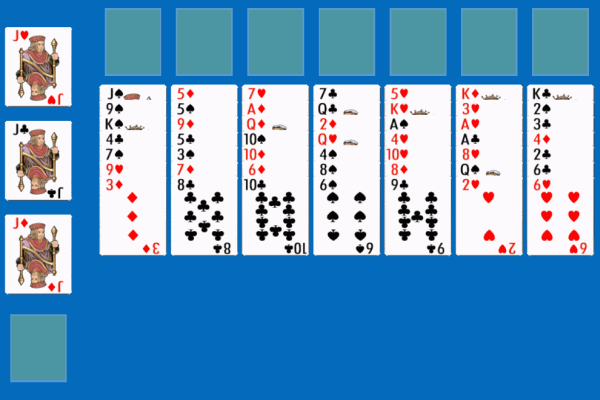 The base rank is a Jack, which means cards will be moved to the foundation in this order:

Any empty columns will have to be filled with a 10. 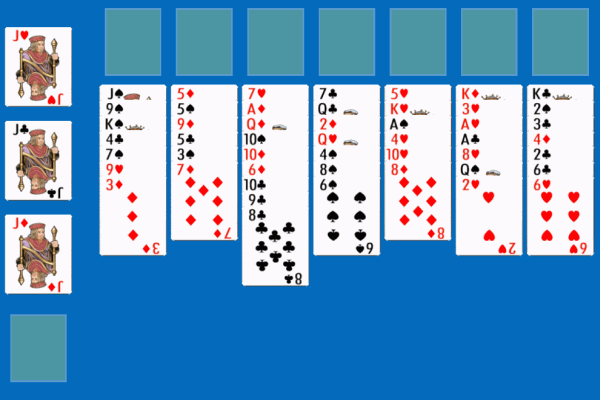 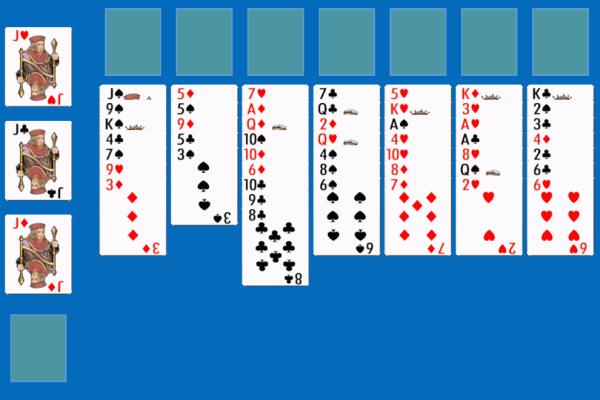 There are no more immediate moves available, so we might move the first column to the freecells, to get access to the Jack of spades... 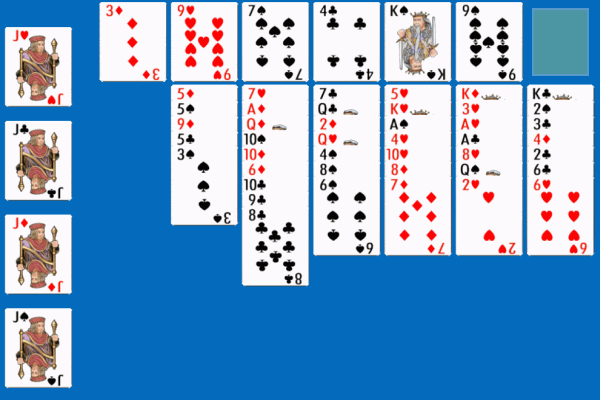 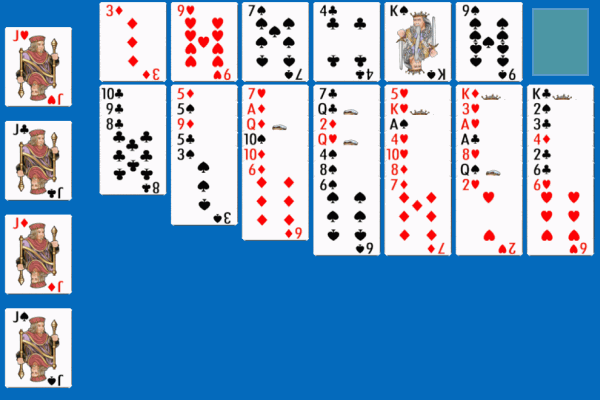 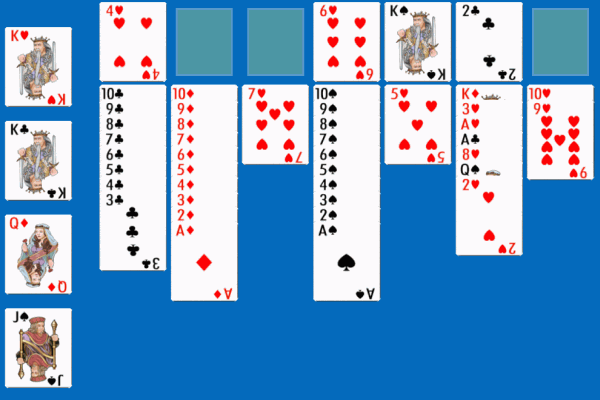 At this point, you can see how the cards wrap, as we move the King of Spades onto the Ace of Spades... 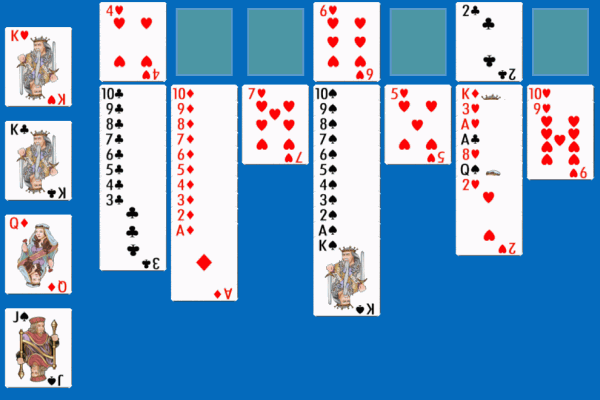 From here completing this deal should be easy.