Osmosis Solitaire is a one-deck game, that is quite unique. The foundations "grow", in an interesting pattern, due to one specific rule- A card cannot be moved to a foundation, unless a card with the same rank is in the foundation above it. Their isn't much skill involved, and it can be quite hard to win a game.

To build 4 same suit rows in the foundation.

Osmosis Solitaire starts with 4 standard stacks, each with 4 cards. There is also a stock (containing 35 cards), and four foundation stacks.

Cards can be moved to the foundation as long as 3 rules are followed:

You can deal one card from the stock at any time. You can recycle the stock as many times as you need. 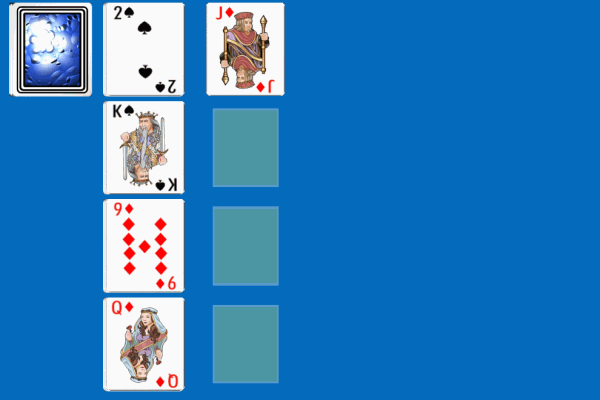 Any diamond can be moved to the first foundation at any time during the game.

The first moves to do are the 9 and Q to the first foundation... 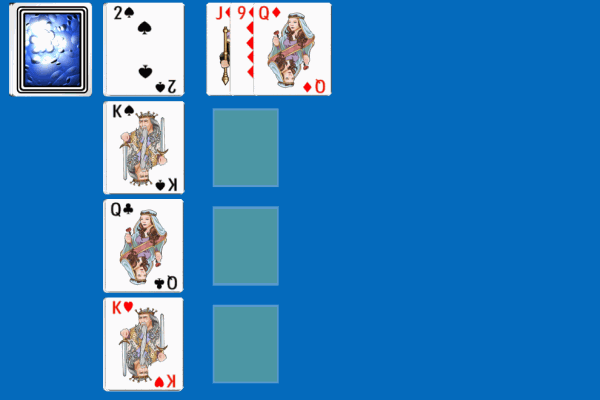 At this point there are no more possible moves, so we deal from the stock, until we get to here... 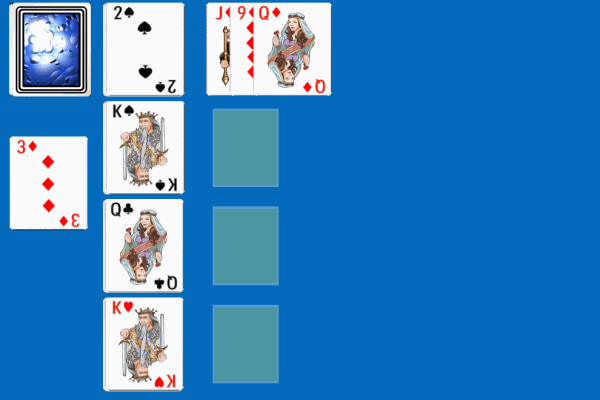 At which point we move the 3 of diamonds up.

Play continues (moving up diamonds as we go), until we get to here... 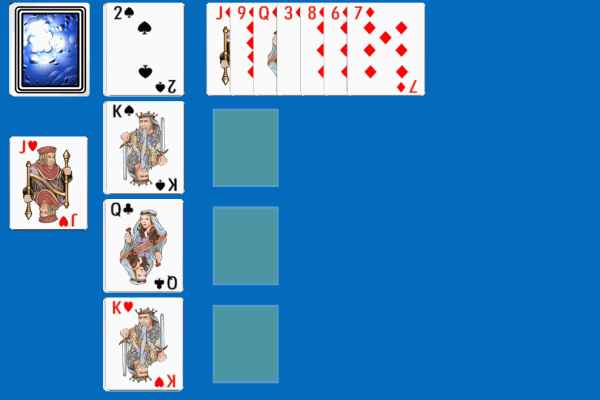 At this point, we can move the Jack of Hearts out for another suit... 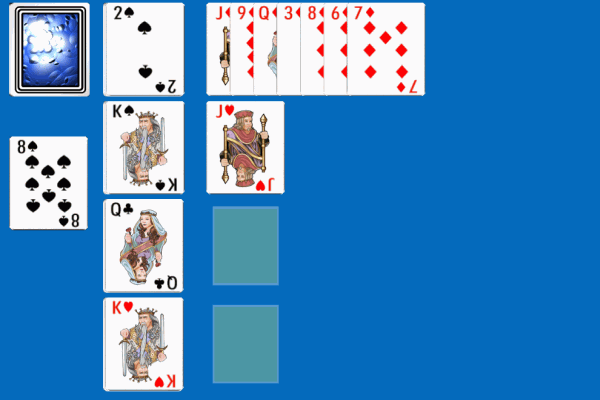 At this point we can't move the King of Hearts up, because there is no Heart yet in the foundation above. 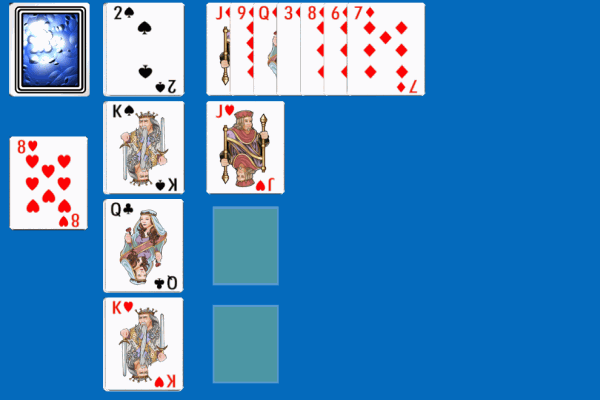 Here we can move the 8 of Hearts up, because there IS a 8 (the 8 of diamonds), in the foundation immediately above.