Napoleon At Elba Island is a 2 deck game, that allows moves in the manoeuvre zone using neighbouring-rank cards, making it similar in many ways to Golf Solitaire

The 8 foundation cards are in the centre of the tableau. The manoeuvre zone is made up of 12 stacks around the foundation.

Cards in the manoeuvre zone can be moved if they are of neighbouring rank, regardless of suit.

Napoleon At Elba Island has some special rules specifying where cards can come from when they are being moved to the foundation:

When you get stuck you can recycle the cards in the manoeuvre zone.

Because the cards on the sides can be moved to the top, or the bottom foundations, you should try to move cards there if you can, because it gives you more flexbility and options. 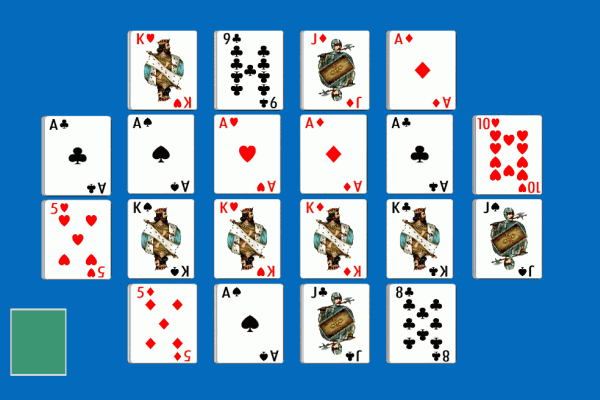 We might start by moving the 8 of Clubs onto the 9 of Clubs: 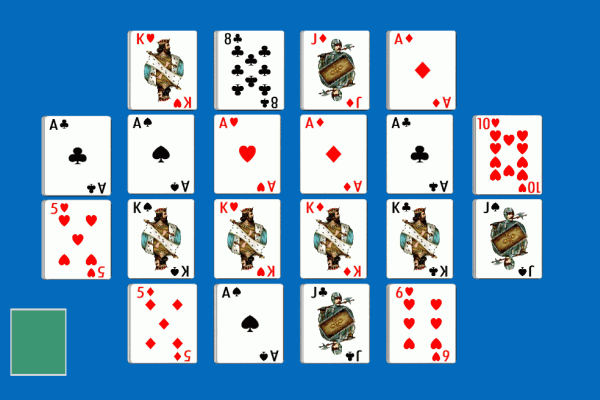 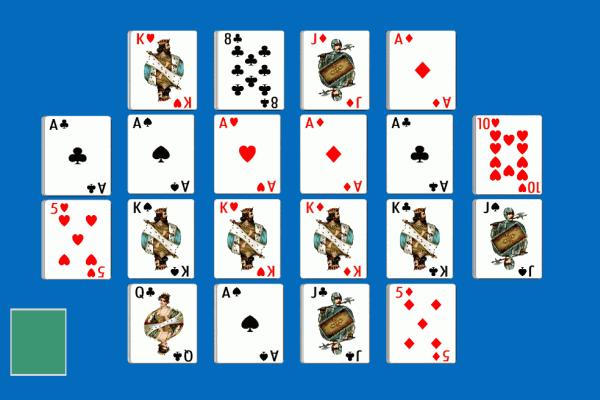 Which exposes a Queen of Clubs. We would like to move this Queen onto the King of Clubs, but we can't. Only cards from the top (or the sides) can move onto the bottom row of the foundation. What we can do though is move the queen onto the Jack of Spades: 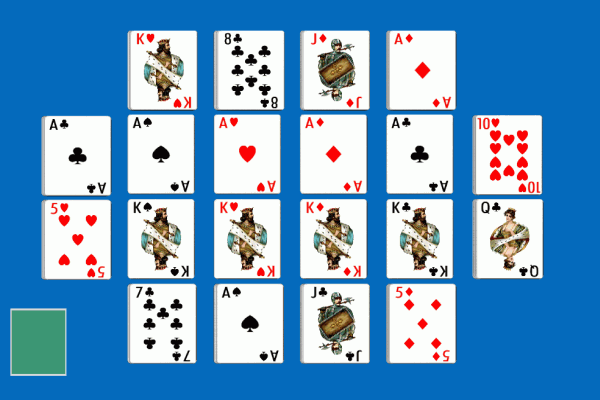 Now that the queen is on one of the sides, it can be moved onto the King of Clubs (Cards on the sides can be moved to the top or bottom foundations):

We would probably proceed play by moving the Jack of Clubs to the side, and then moving it onto the Queen.