Montana is a variation of La Grande Imperiale- the main difference being that you can reshuffle the cards that are not already in place.

To build 4 same suit rows, going down in rank from King to 2.

The Aces are not used in this game.

The opening tableau ensures that all cards are visible at the start of play. The Aces are not used. The 48 cards are arranged into 4 rows. There will be 4 gaps.

Play proceeds by filling th gaps with cards from the tableau.

The rules for what card can be moved into a gap are:

Try to plan moves ahead. You will get stuck when you have gaps to the right of a 2, so try and avoid this. When a gap opens in the first column, consider which King to use carefully. Some will not give you many moves, whilst other Kings will open up the tableau for you. 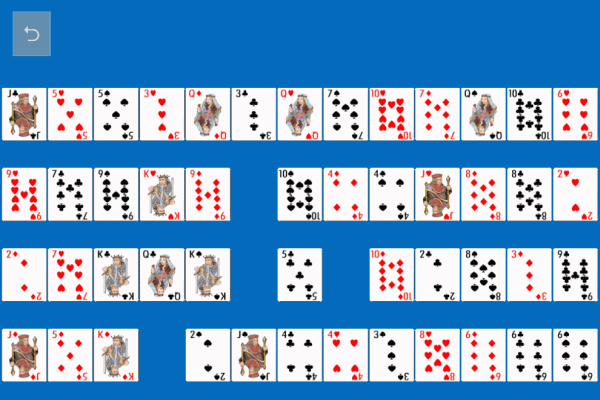 At this stage, there are 4 possibles moves...

Move the Queen of Spades to the right of the King of Spades.

Move the 4 of Clubs to the right of the 5 of Clubs.

Suppose we move the Queen of Diamonds: 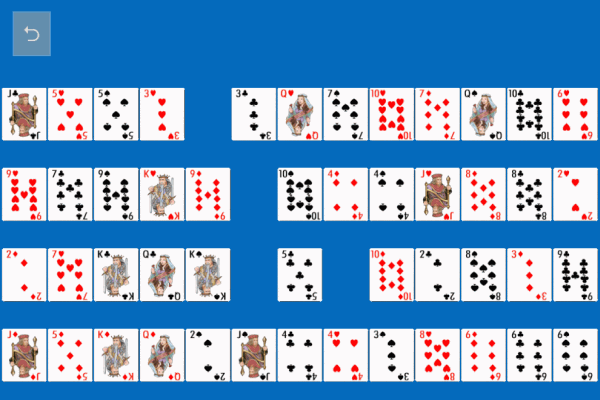 This opens up a new gap, where the Queen of Diamonds was before. So now the 2 of Hearts can be moved into that gap: 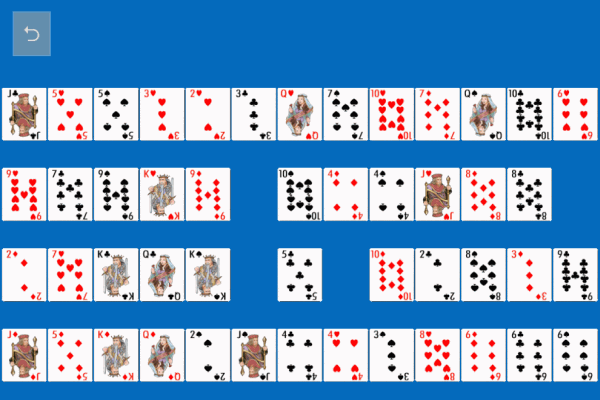 If we do this for a few more moves, we get to here: 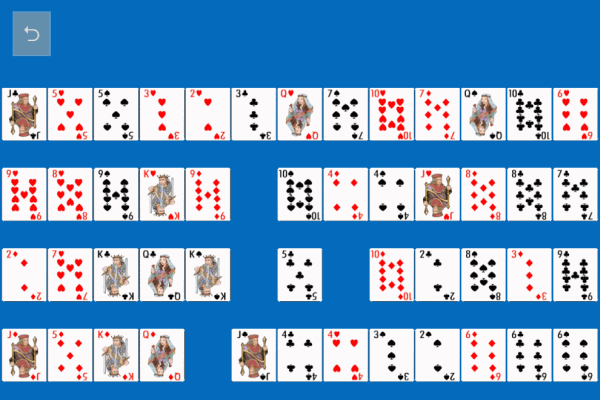 At this point we can move the Jack of Diamonds, which will free up the first column, which can be filled with ANY king: 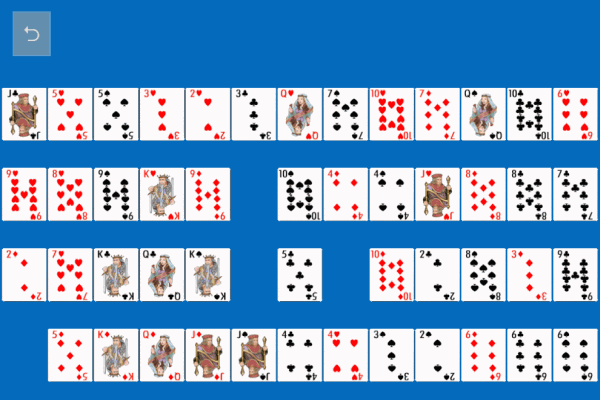 You may consider moving the King of Clubs into the Gap, because it will allow the 2 of Diamonds to be moved a few moves later.

Later in the game, you might get to here... 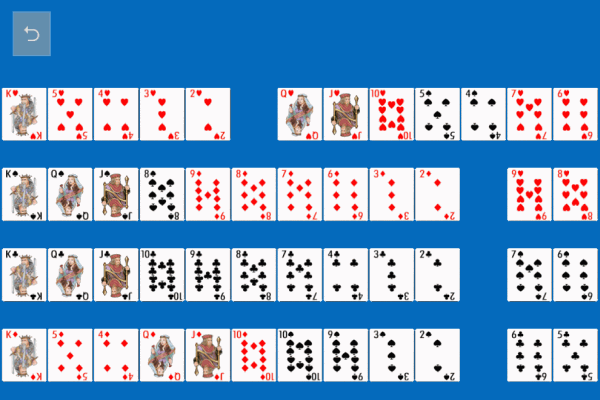 Notice how all the gaps are immediately to the right of a 2. This means there are no more moves available.

At this point, we can use a shuffle, taking is to here... 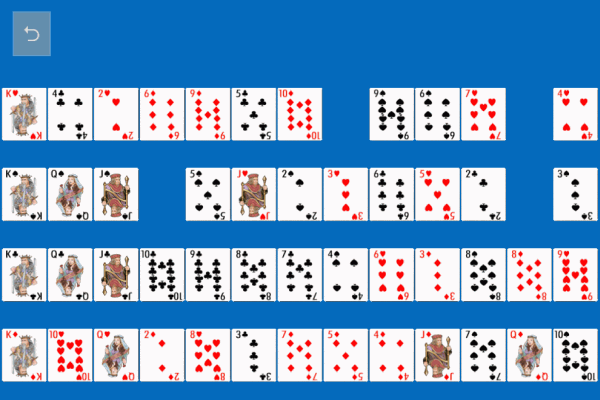 Notice how the only cards that have been shuffled are the cards that are not already in position.