Miss Milligan is a fun game, combining elements of Klondike Solitaire, Spider Solitaire and Freecell Solitaire. It's quite a hard game, but if you play carefully you can dramatically increase your chances of winning.

Miss Milligan is a 2 deck game. The aim is to build 8 ascending suit sequences, in the foundation zone.

Empty columns can only be filled with a King (or a sequence starting with a King).

At any time, you can use the stock, to deal a card to each of the manoeuvre stacks.

Once you have used all the cards in the stock, a special Freecell becomes available. Any sequence of cards can be moved into this Freecell. But if there are cards in the Freecell, you cant add more cards until the Freecell is emptied. And you can't remove a sequence one by one- you must remove the sequence entirely.

The Freecell is best used as a temporary reserve... one of the keys to winning Miss Milligan is to make sure you only use the Freecell when you have a plan for getting the cards back out of it. 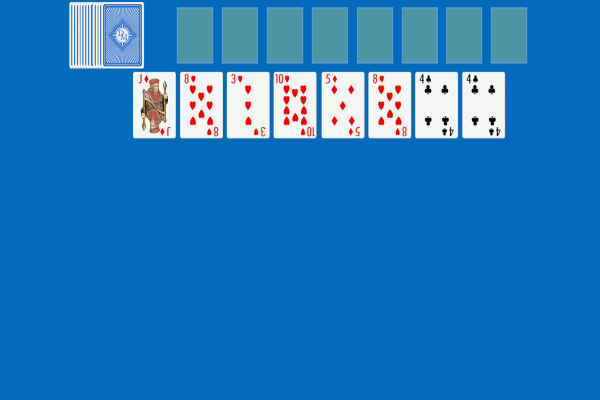 Doing these moves results in: 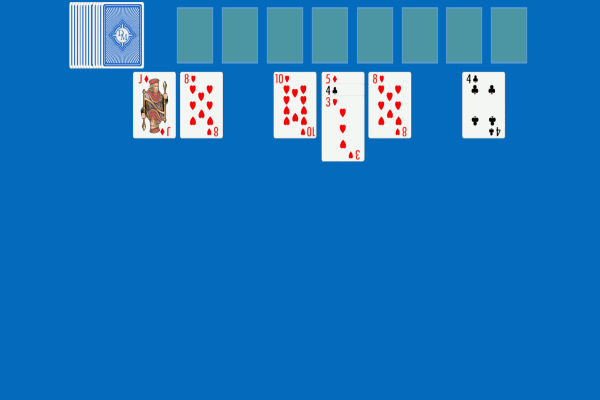 There are no more moves available, so deal from the talon... 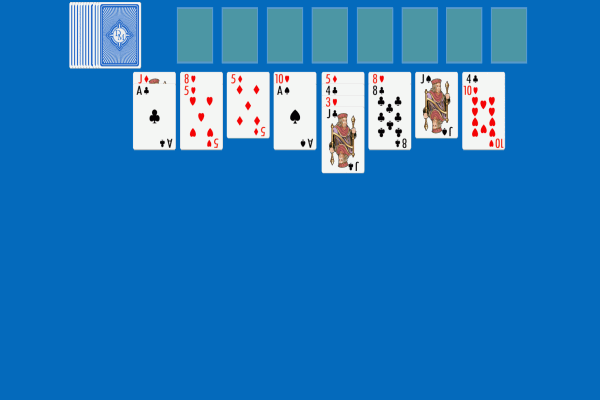 The Aces can go up to the Foundation, and both 10 of Hearts can go onto the Black Jacks... 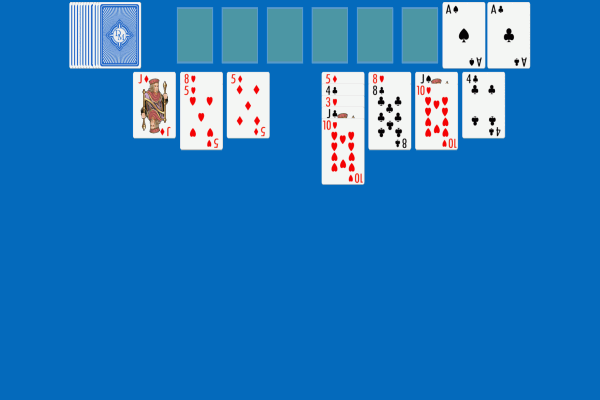 (We cannot move the Jack sequences into the empty columns, because they don't start with a King) 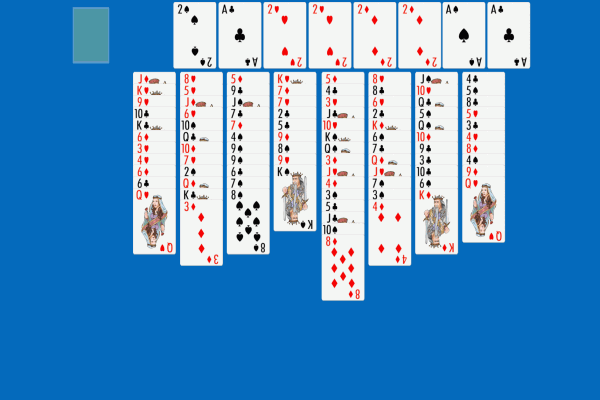 At this point the Freecell becomes available for play (in the top left corner). We can move any sequence to the Freecell (NB: Unlike Freecell Solitaire you can move a sequence, not just an individual card to the Freecell), but can't put more cards into it until it has been emptied again. When taking cards off the Freecell, you can only move the entire sequence.