Martha Solitaire is a variation of Klondike Solitaire, with an interesting twist- half of the cards in the tableau are face down, with the other half face up.

The aim of Martha Solitaire is to build ascending suit sequences, in the foundation zone. 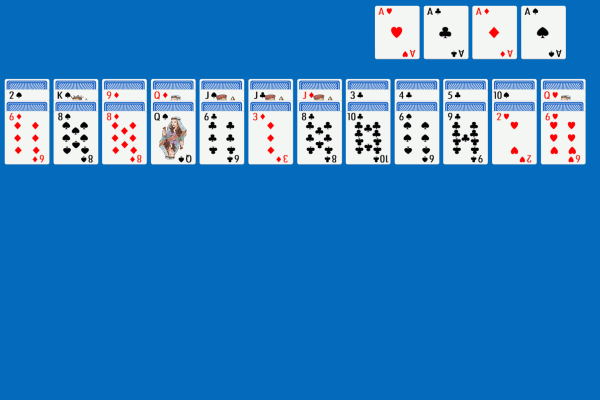 Start by moving the 2 of Hearts... 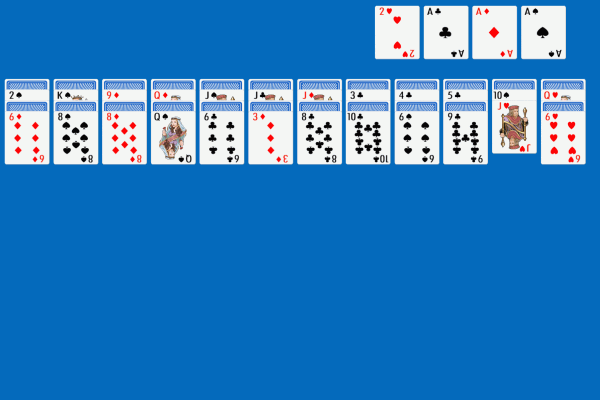 This exposes the Jack of Hearts. 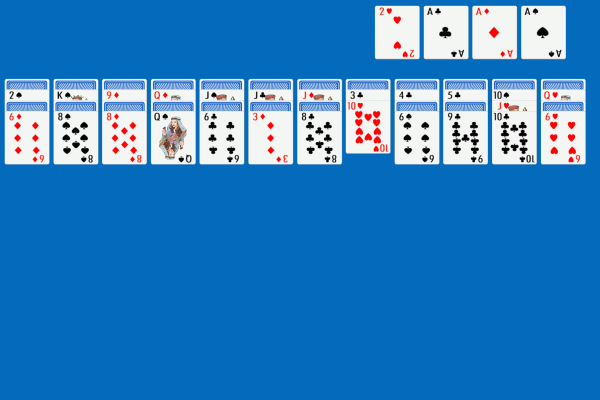 And then we can move the Jack & 10 sequence onto the Queen of Spades...

Later on in the game, we empty a column... 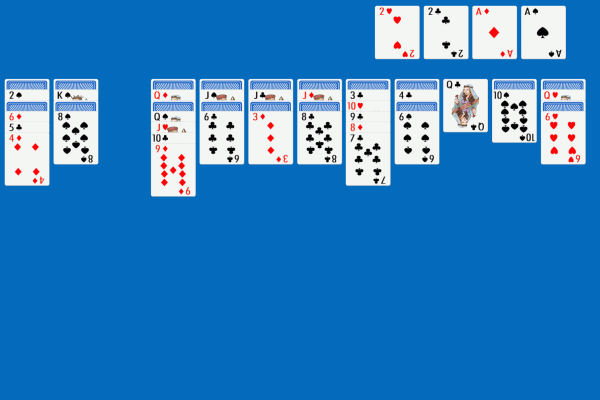 The rules in Martha state that you can't move a sequence to an empty column (For example, we can't move the Queen, Jack, 10, 9) sequence. Instead we can only move one card... 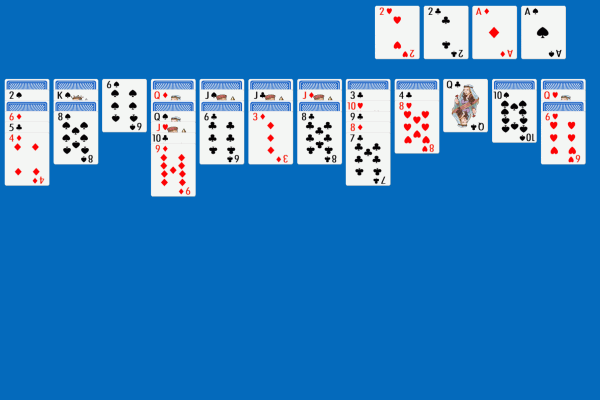