Intercell Solitaire is a variation of Freecell Solitaire- The only difference being the starting tableau, which has a pattern of cards which are covered up. This makes the game a bit harder, because you don't know what all the cards are when the game starts.

The aim of Intercell Solitaire is to build ascending suit sequences in the foundation zone.

In the manoeuvre zone, form descending sequences of alternate color. Cards are moved individually (except for power moves).

Suppose that the initial intercell solitaire deal looks like this: 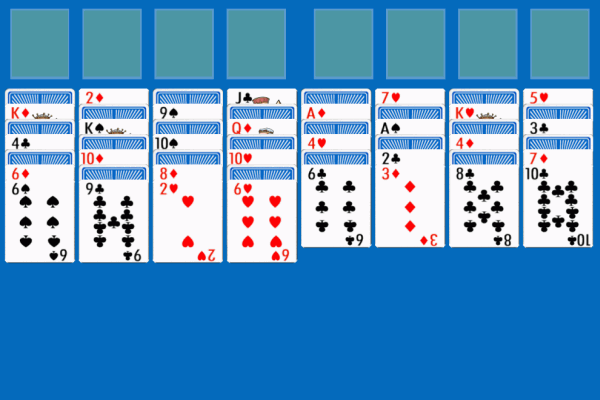 The start of intercell solitaire deal #1...


One possible start to this game is: 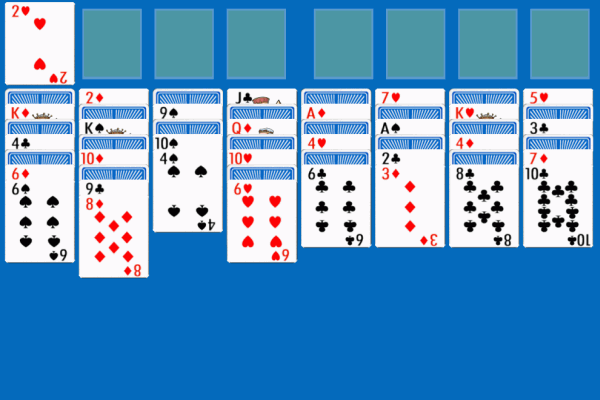 This intercell solitaire game would probably continue by moving the 3 of Diamonds onto the 4 of Spades...