The aim of Golf Solitaire is to move all cards from the tableau to the waste.

Golf Solitaire is an elimination game. The top card of the waste is face up, and any card of neighbouring rank can be moved onto the waste.

The idea is to eliminate as many cards as possible. When no more cards can be eliminated, turn another card from the talon onto the waste.

The game continues until the talon is empty, or all cards have been eliminated from the tableau.

Very often you can make more than one move. Usually, you will try to make the move that will maximise the number of cards you can remove.

The only reason for not obeying the above guideline, is that sometimes you will want to make a strategic decision about which cards remain in the manoeuvre zone. You would do this so that you can remove more cards in the future. This is where the anticipation comes in to play. 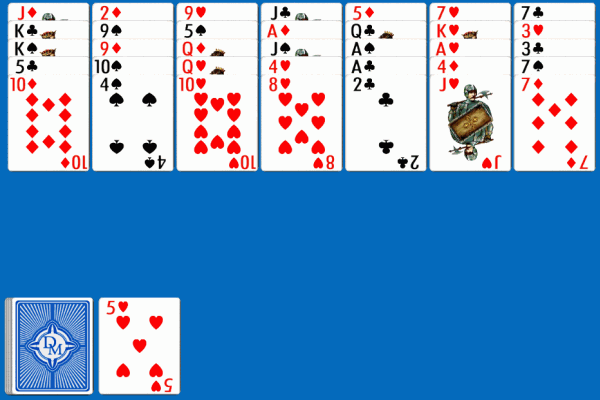 The only card you can eliminate is the 4 of Spades.

The next card out of the stack is a 6 of Hearts.

There is really only one move you can play here, eliminate:

The next card out of the talon is the 2 of Hearts. Now you have an interesting choice: 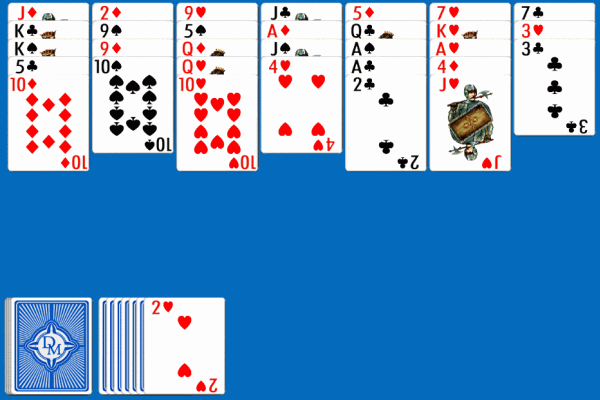 You can either eliminate:

Clearly, the last move is superior, but it may not have been the most obvious, which is part of the appeal of golf solitaire.