Freecell Solitaire has been immortalised by Microsoft - a generation of PC users have learnt this game on their Windows computer. And with good reason - Freecell Solitaire is a classic. Because all cards are visible from the initial deal, there is no luck involved. The game requires skillful planning, and can be (with only a few known exceptions) always finished.

The aim of Freecell Solitaire is to build ascending suit sequences in the foundation zone.

In the manoeuvre zone, form descending sequences of alternate color. Cards are moved individually (except for power moves).

It Freecell Solitaire it pays to plan ahead, rather than move the most obvious cards. This is particularly important on the harder deals.

In general, use the free cells as temporary storage. Try not to get caught without any free cells remaining - it severely cuts down your options.

Suppose that the initial freecell solitaire deal looks like this: 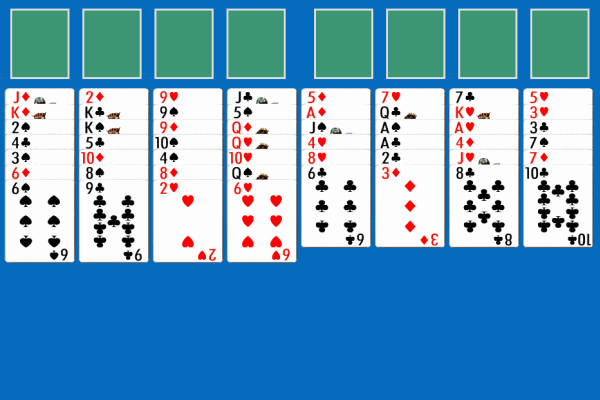 The start of freecell solitaire deal #1...


One possible start to this game is: 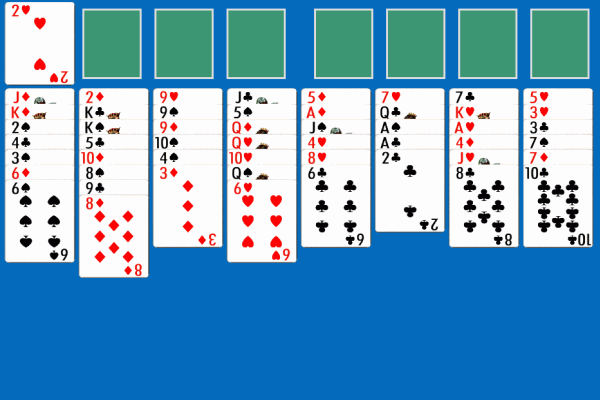 This freecell solitaire game would probably continue by trying to release the Ace of Clubs and the Ace of Spades...


Now some possible moves would be:

With this particular freecell example, you now might think about how to get the 2 of Hearts off the free cell - it's stuck there at the moment. (Tip: Try to keep the free cell's empty as much as possible to win the game)