Forty Thieves Solitaire is a very popular 2 deck solitaire game. There are many variations, including Josephine, and Lucas, although Forty Thieves is still this most popular version. It is quite hard though, and skill is required to win consistently

The aim of Forty Thieves Solitaire is to build 8 ascending suit sequences in the foundation zone.

Only one card can me be moved at once.

An empty column in the manoeuvre can be filled with any card.

Cards can be dealt from the talon at any time... but there are no recycles allowed.

If you want to do well at forty thieves, then you need to play with some strategy, rather than just play any card you can. You need to look for low cards trapped by higher cards. You will want to move the higher cards somehow. Particularly look for Kings- they will need to be either cleared to the foundation, or moved to an empty column, to access the cards above.

Sometimes you should not place a card from the stock. You may be better not playing the card- if there is an equivalent card blocking other cards in the tableau.

Suppose that the initial forty thieves solitaire deal looks like this: 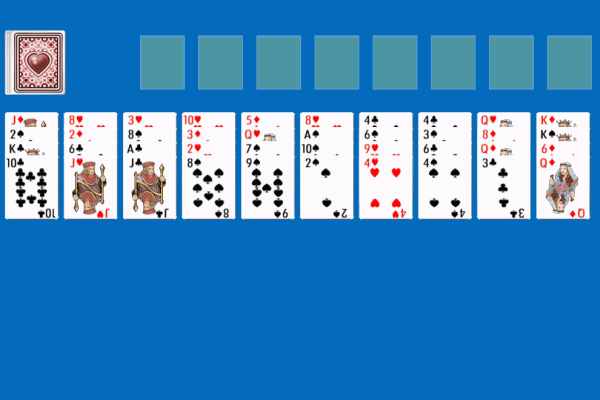 
Notice the two Aces that are trapped- we will want to more (or clear), the Jack of Clubs and 10 of Spades as soon as possible to get access to these Aces.

We might start by moving the 10 of Clubs (Although this move might not be a good idea, because we can't move the 10 and Jack of clubs together, and we are trapping the Ace of clubs above the 10)... 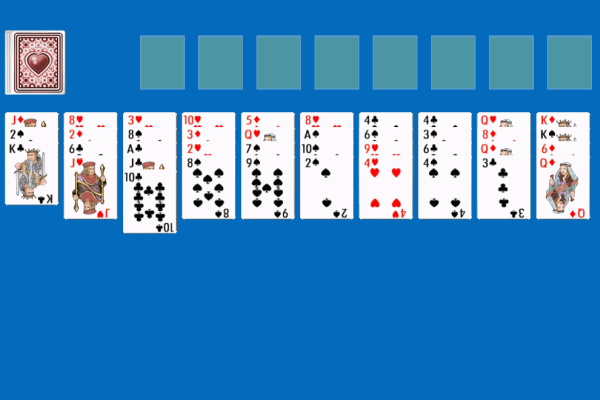 The first card we deal out is the Ace of Clubs, which we can move straight to the foundation... 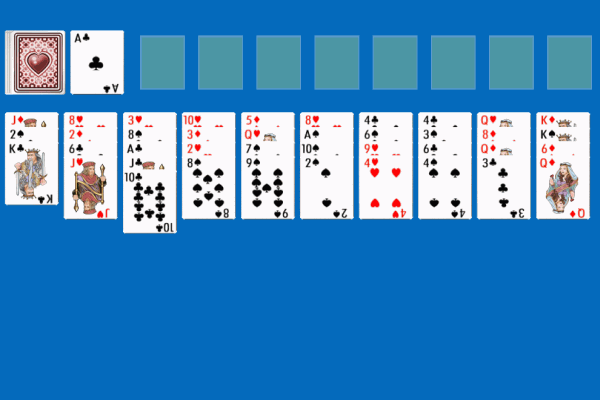 We would continue playing, and try to free up a column, as it gives us much more possibilites for rearrange the tableau.