Flower Garden Solitaire is a fun game, where the cards are built down in rank- regardless of suit. This makes it quite unusual, and it is a good game for a change of pace.

The aim of Flower Garden Solitaire is to build ascending suit sequences in the foundation zone.

In the manoeuvre zone, form descending sequences of any suit.

In the foundation stacks, form ascending sequences of the same suit.

Any card from the reserve can be played to the manoeuvre zone or the foundation at any time.

An empty column in the manoeuvre can be filled with any card.

Cards can only be moved one at a time.

Try and free the Aces as soon as possible.

Also, look at where the Kings are. A King cannot be moved, except into an empty column, so Aces above a King can be very hard to get to without some forethought.

Suppose that the initial flower garden deal looks like this: 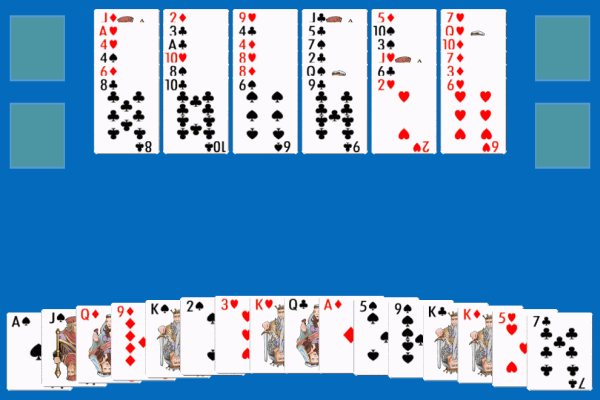 
The Ace of Diamonds, and the Ace of Spades can be played from the reserve immediately... 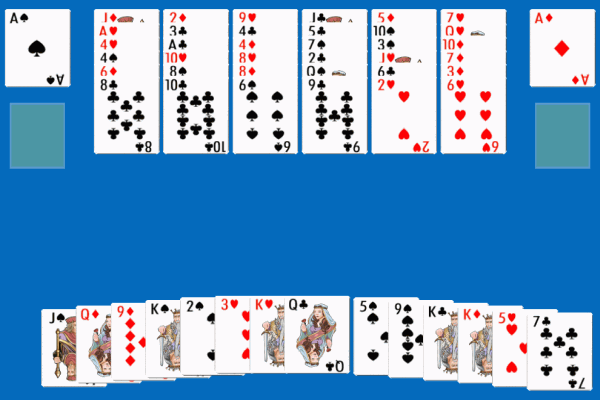 After moving the two Aces from the reserve...


Now we might try and release the Ace of Hearts from the first column... 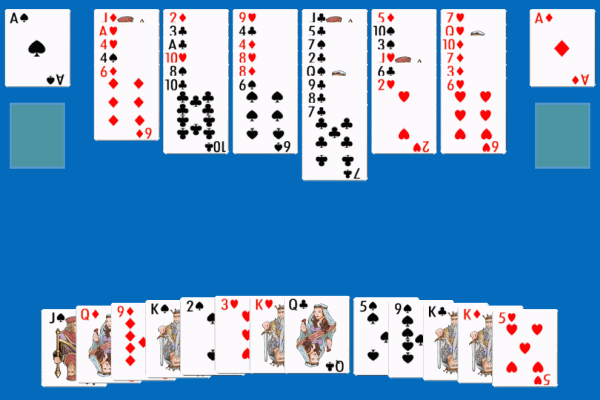 
In Flower Garden solitaire you can build down regardless of suit, so now we can move the 6 of diamonds, and 5 of hearts... 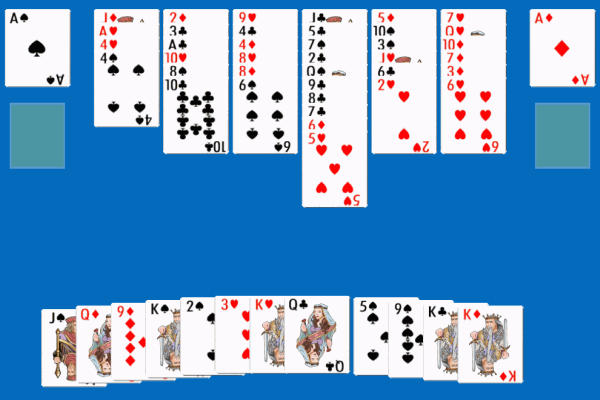 Much closer to that ace


And we would continue by moving the 4's to get access to the Ace...