Described elsewhere as a 'lively' game, Duchess makes you feel like you can win, until the final card is dealt. However, it is a difficult game, with only a moderate success rate. It requires an even blend of skill and luck.

At any time, flip cards from the talon. You can cycle through the talon twice.

The initial choice of reserve card to move to the foundation is important. You need to anticipate which choice will make it easiest to move other cards to the manoeuvre zone as the game progresses.

It is important to use the reserve strategically - keep moving cards out which will maximise your ability to form runs. The first time you cycle through the talon, you should get as many cards as possible into the manoeuvre zone - it will make life easier towards the end.

Towards the end of the game, on your second time through the talon, you will probably find yourself with quite long sequences in the manoeuvre zone, and the opportunity to make columns empty. It is through judicious use of these empty columns that you can keep moving cards out of the waste, hopefully enough that you can finish the game. 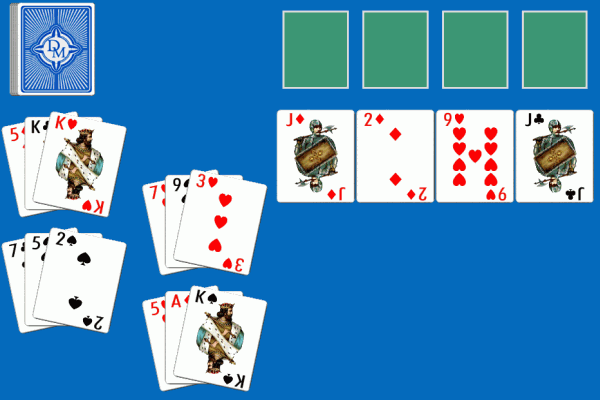 Your first move is to move one of the four exposed reserve cards to the foundation (choose from King of Hearts, 3 of Hearts, 2 of Spades, King of Spades).

Moving one of the kings will mean you can immediately move the other two kings straight to the foundation - a good start.

Alternatively, moving the 2 of Spades will mean that you can immediately move the 2 of Diamonds up.

We will choose the 2 of Spades. Now, we have an empty manoeuvre stack, which must be filled from the reserve: 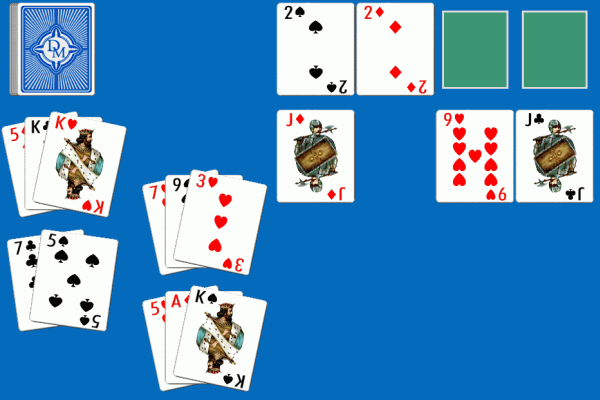 There is no requirement to fill the column just yet - we can wait until we see what cards come out from the talon, so that we can make an informed choice. Cycling though the talon for a while leads to this: 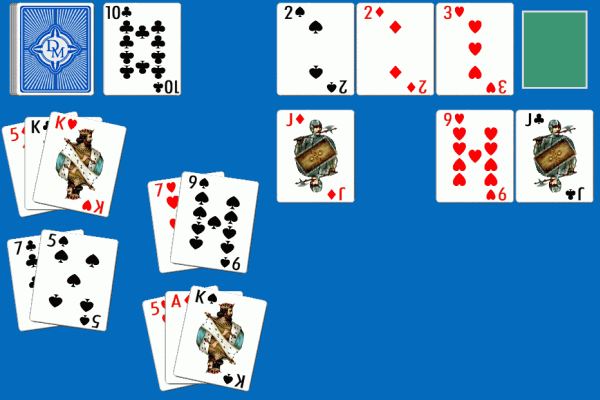 This allows us to get the King of Spades and Ace of Diamonds out, while still maintaining an empty column: 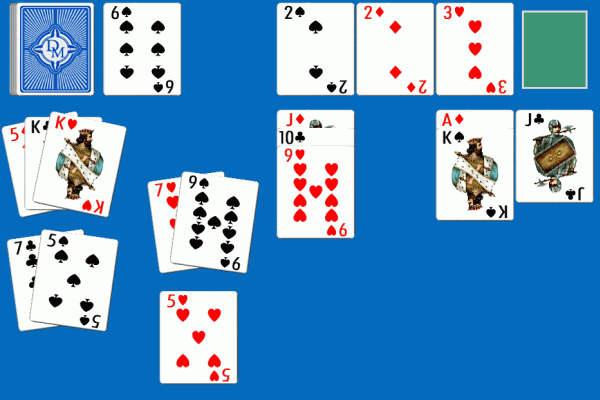 Continuing to play cards from the talon allows us to eventually empty the reserve area: 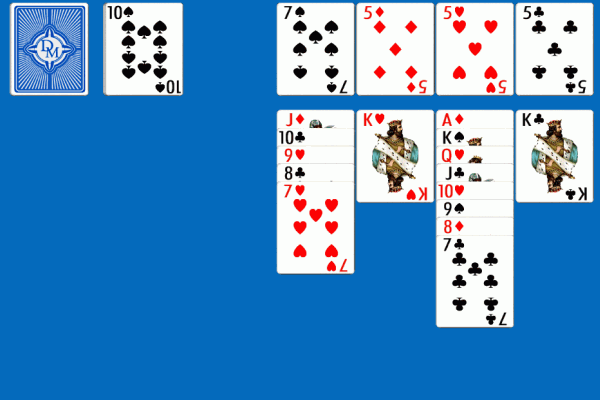 This can be considered the start of a new phase, where now empty manoeuvre columns can be filled by breaking off part of an existing column. For example, soon after, we get the following situation: 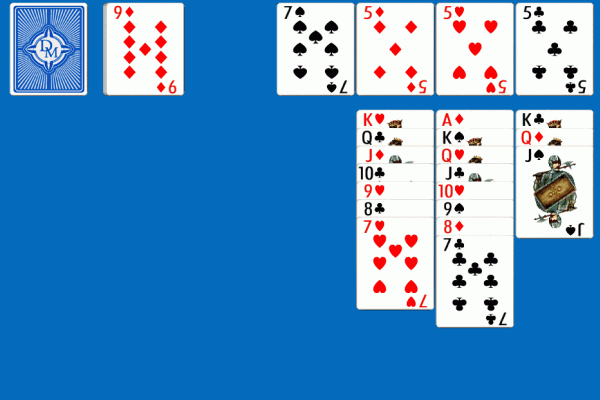 The 9 of Diamonds can be placed onto the manoeuvre zone by breaking the existing manoeuvre column at the 9 of Hearts: 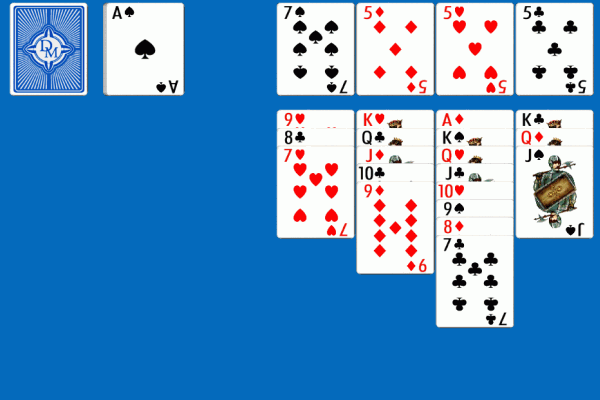 This is the liveliest part of the game - creative rearrangement of the manoeuvre stacks prevents cards from disappearing into the waste - particularly important on the second cycle through the talon.