Double Yukon is a 2 deck version of Yukon Solitaire

The aim of Double Yukon is to build 8 ascending suit sequences, in the foundation zone.

In the manoeuvre zone, move any pile of cards from one stack to another, as long as the top card in the pile is of alternate color and one lower rank than the card it moves onto.

To win Double Yukon solitaire it is necessary to expose all of the face-down cards. All moves should be taken with the purpose of exposing these cards. 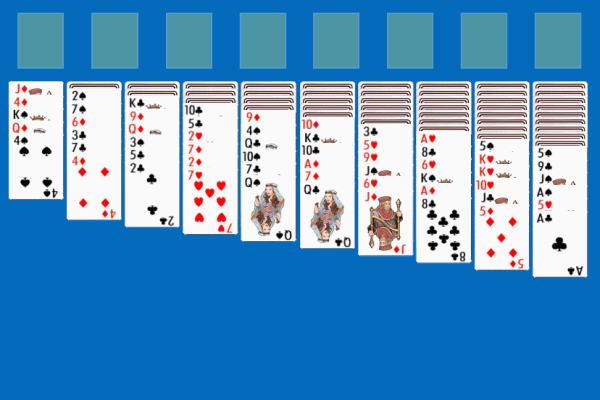 The first move would be to move the Ace to the foundation... 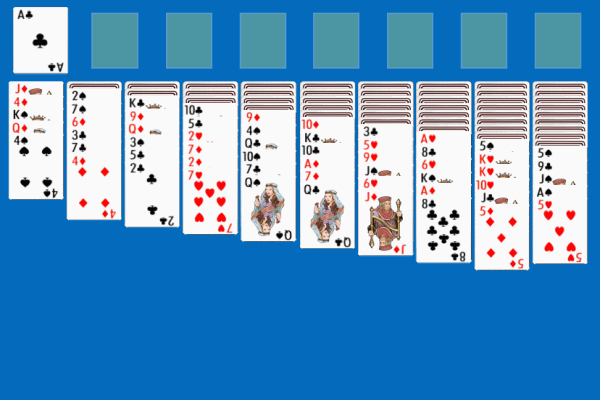 Now we might move the 10 of Clubs (top of the 4th stack), onto the Jack of Diamonds (bottom of the 7th stack), to expose an extra card. Notice how we can move an entire run of cards, even though they are not in order... 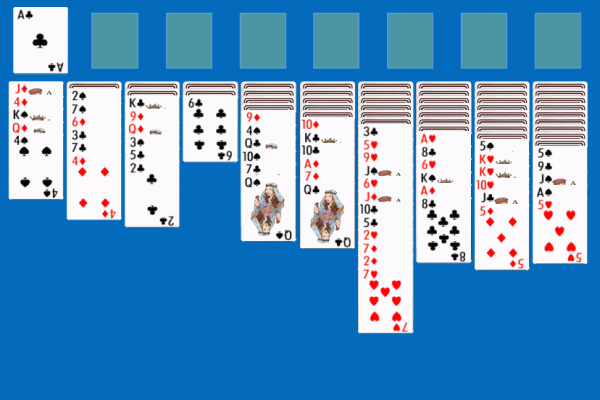 We would probably continue by moving the newly exposed 6 of Clubs onto the 7 of Hearts.