Cruel Solitaire is a very unique game, with a low success rate, a large reliance on skill, and a loyal following of players.

The aim of Cruel Solitaire is to build ascending suit sequences in the foundation zone.

The opening tableau of Cruel Solitaire has:

Cards can be moved in the manoeuvre zone if they are the same suit and 1 less in rank. Clicking the talon will re-deal the cards in the manoeuvre zone, with 4 cards into each stack. The talon can be re-dealt as often as necessary. Cards are dealt in the same order they were in prior to re-dealing.

When re-dealing, manoeuvre stacks are ordered from top-left to top-right, then bottom-left to bottom-right.

There is an art to ordering the cards in Cruel Solitaire so that when they are re-dealt, they come out in a helpful arrangement. 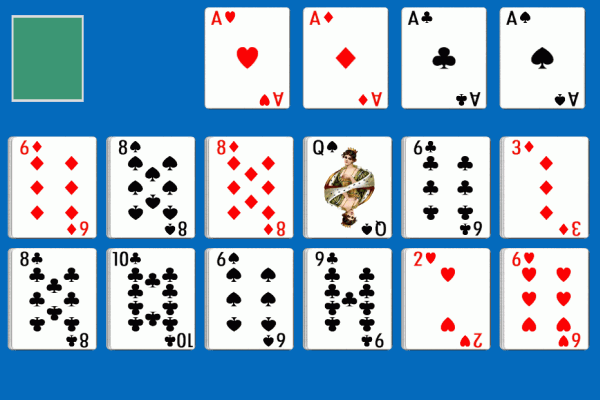 One move we can do is 2 of Hearts to the foundation. The tableau now looks like this: 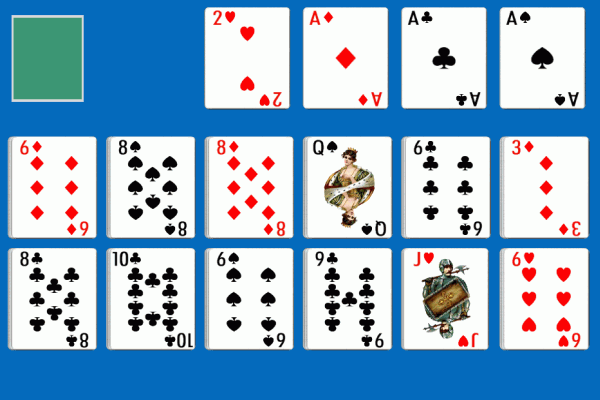 Because we only touched the second-last stack, redealing causes very little change, only changing the top card of the very last stack: 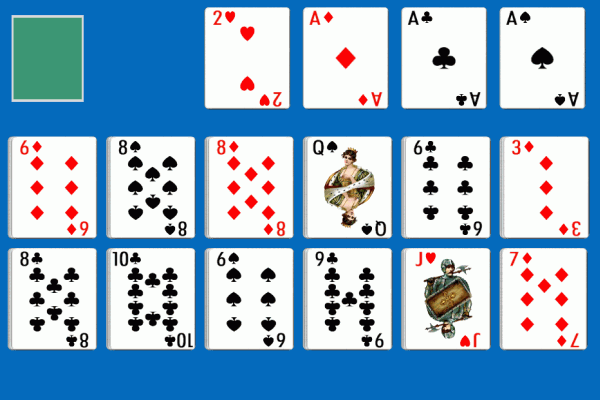 Moving an earlier card, such as the 6 of Diamonds in the first stack, causes more widespread changes: 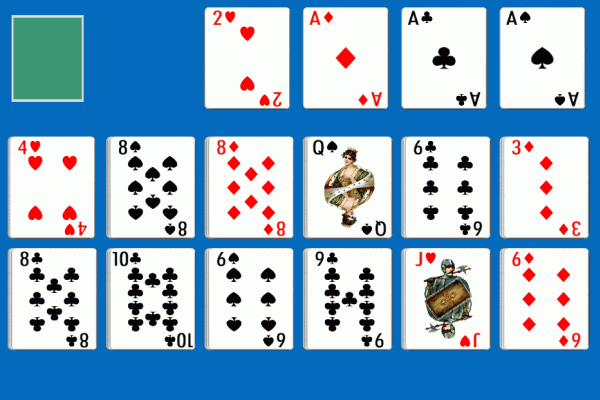 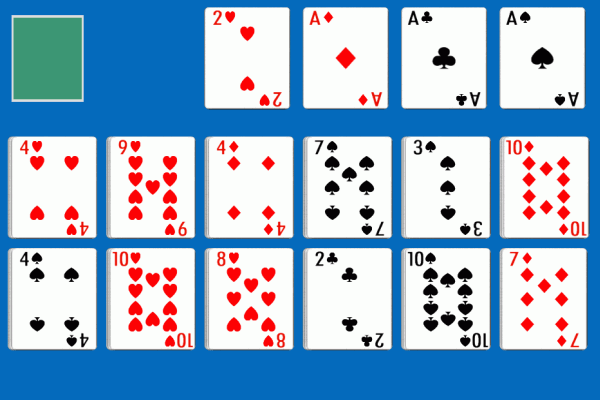 Now every other top card has changed.

This behaviour gives you some control over which cards are visible when the talon is redealt.