Crazy Quilt Solitaire is a unusual game, with a very unique tableau. The rules are quite simple, but the game can require considerable strategy to win.

To build 8 same suit rows in the foundation.

There is a stock, which can be dealt from at any time, and recycled as many times as needed.

There is basically only one rule- Cards can be moved from the tableau onto the foundation if atleast one of the "skinny" edges is unblocked.

If it comes down to a choice between 2 cards to remove (eg both 5 of Diamonds), and one isn't blocking any other cards, then alway chose the card that is blocking other cards. 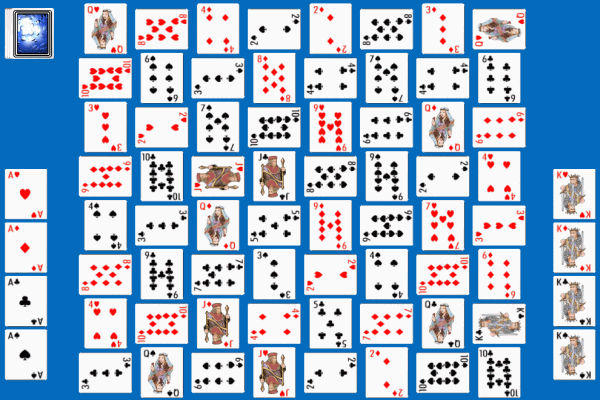 Only cards with a "skinny" edge free can be moved.

So for example, on the bottom row, you could move:

Lets move the Queen of Spades... 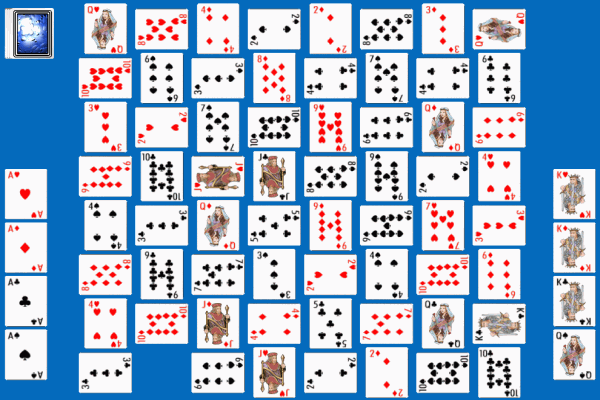 Now the 6 of spades has a skinny edge free, so it can also be moved, although it isn't playable onto the foundation yet.

We now might move the 2 of Diamonds on the top row... 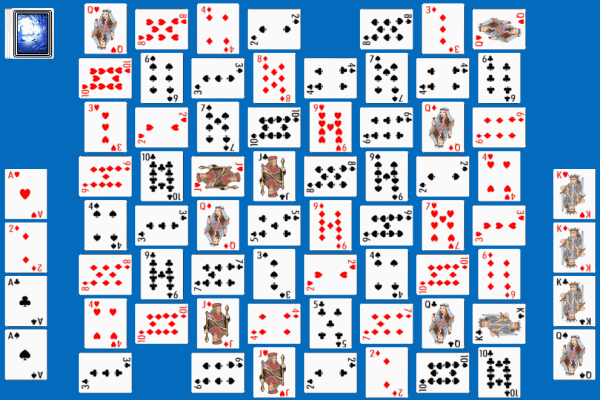 Which opens up the 2 of Spades and the 8 of Spades. 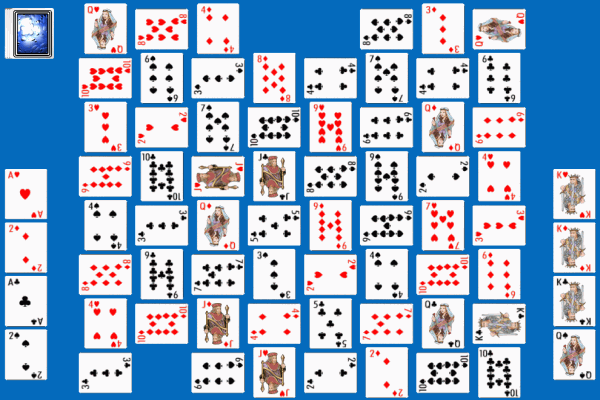 Which continues to open up the board.