Colorado Solitaire is a challenging game, similar in many ways to Strategy. The rules are quite simple, but the game can still be very challenging

Cards can be moved into the manoeuvre zone, onto any card, regardless of suit or rank.

When an stack in the manoeuvre zone is emptied, a card is automatically dealt to fill it.

When a card can be played to the foundation, it should usually be moved, although sometimes it may be worth waiting until a more useful card appears in the deal.

When choosing where a card is going in the manoeuvre zone, be careful not to create inversions- Consider what cards will need to be used to get this card into the foundation, and make sure you don't put the card above them. 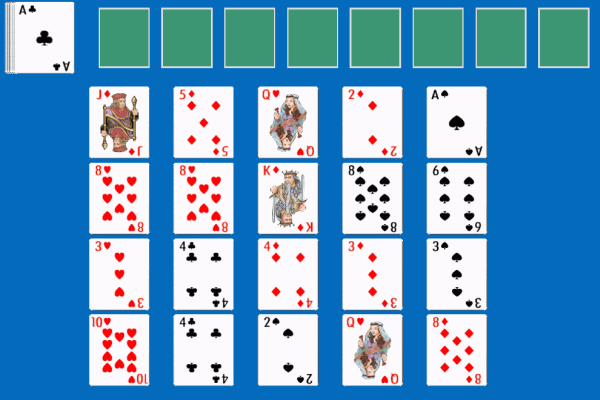 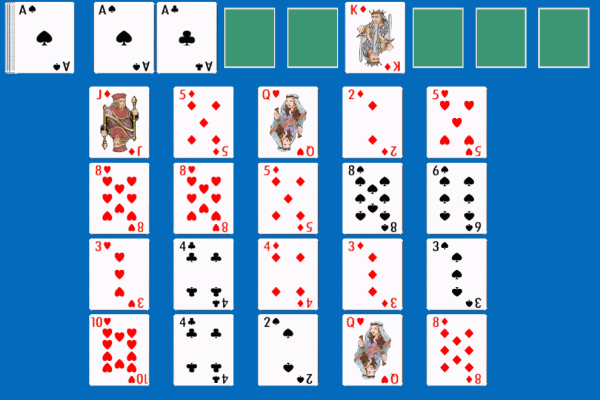 Where to put the 2 of Diamonds?

Well, we could put it anywhere, but lets have a look at the 3 of Diamonds, or the Ace of Diamonds.

Let's suppose we were to put it onto the 3 of Diamonds.

When we try to move this 2 to the foundation later on, we will need to put it onto a 3. (We can't put it onto the Ace of Diamonds, because the ascending Diamond sequence has already gone from Ace through to 5.)

So we need a 3 of Diamonds. Well, one of them is already in the foundation, so the one we can see in the manoeuvre zone is the only one we can use. But we won't have access to it, if we put the 2 on top of it!

For this reason, it's very important to not put the 2 of Diamonds onto the 3 of Diamonds, otherwise the game will not be finishable later in the game.

But no such inversion will occur by putting the 2 onto the Ace of Diamonds, and it would be a good choice of position.

It's very important to look for inversions like this, and by watching carefully for them, you greatly increase your chance of winning the game.