Chameleon is very similar to Canfield, but with an important twist... cards are built in sequences, regardless of suit. This makes the game quite interesting, and you have to be very careful not to miss an opportunity.

Build ascending, circular sequences on the foundation stack. Suits are irrelevent, so you could put ANY 4 onto a 3.

Build descending, circular sequences in the manoeuvre stacks. When a manoeuvre stack is emptied, a card is automatically taken from the reserve to fill the space. When no moves are possible, click the talon, which flips out a card. You cannot cycle through the talon

The game is won when all cards are moved to the foundation stacks. 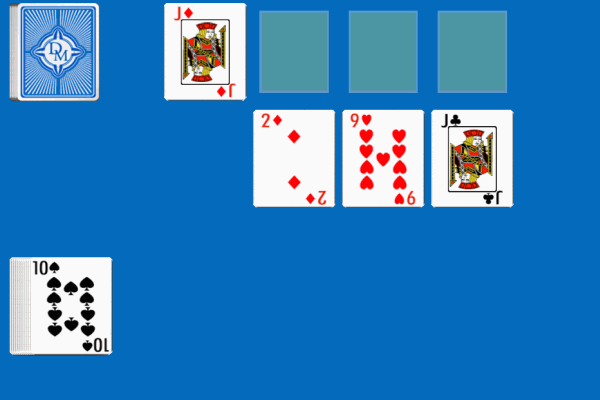 In this situation, the Jack of Clubs can immediately be moved up to the foundation. The empty column is immediately filled with the 10 of Spades from the reserve (bottom-left)... 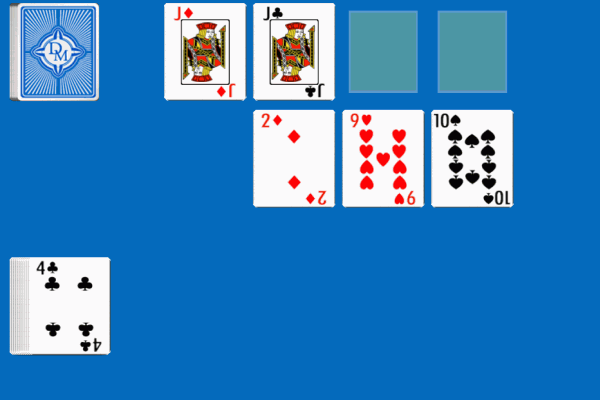 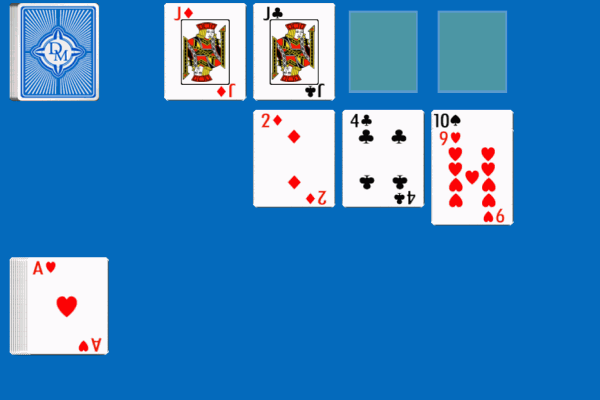 And then the ace could be moved onto the 2... 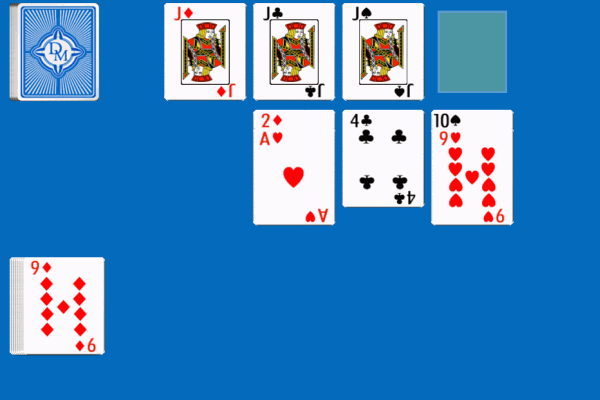 Notice how we can build down, regardless of suit.

This also applies to the foundation. So, later on, when a Queen appears... 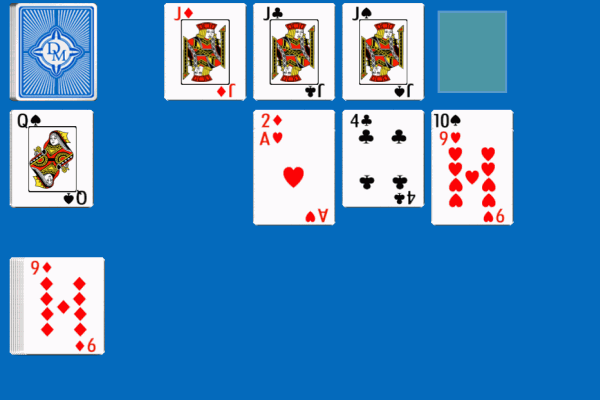 It can be moved to any of the foundations, because suit is irrelevant. For example, it could be placed onto the Jack of Diamonds... 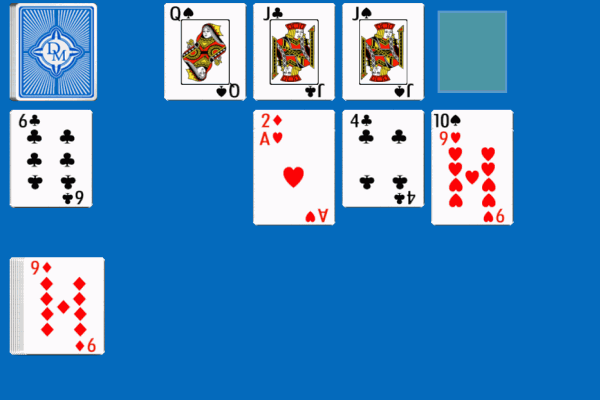