Brisbane Solitaire is a game similar to Yukon Solitaire. It is easier though, because cards can be moved onto any suit.

In the manoeuvre zone, move any pile of cards from one stack to another, as long as the top card in the pile is one lower rank than the card it moves onto.

Any card (or group of cards) can move onto an empty manoeuvre stack.

You might start by moving the 7 of Diamonds sequence onto the 8 of Clubs... 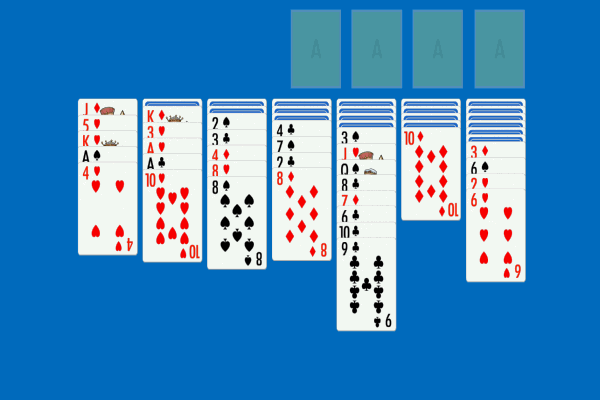 Now move the 3 of Diamonds sequence onto the 4 of Hearts... 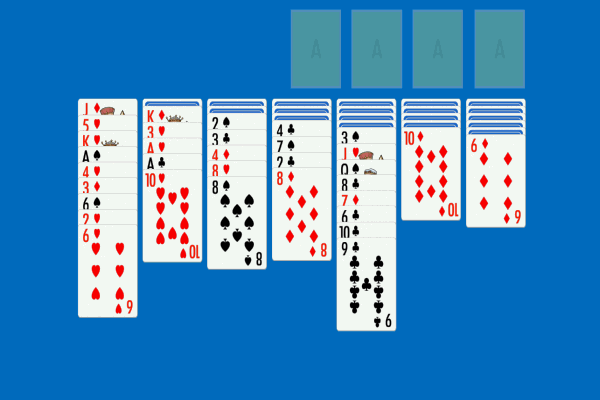 From here you would move the Aces up to the foundation, and then continue the game...