Bakers Dozen Solitaire is a popular game of skill, similar in many ways to Beleaguered Castle. It's not too difficult, but you still have to think to finish the game.

The aim of Bakers Dozen is to build 4 ascending suit sequences in the foundation zone.

The game automatically moves any Kings in the manoeuvre zone to the top of their stacks.

In the manoeuvre zone, form descending sequences, regardless of suit (Eg: 7 of Clubs, on 8 of Diamonds, on 9 of Hearts...)

Only a single card can be moved at once.

Once a column is emptied, it can no longer be used.

Suppose that the initial Dakers Dozen deal looks like this: 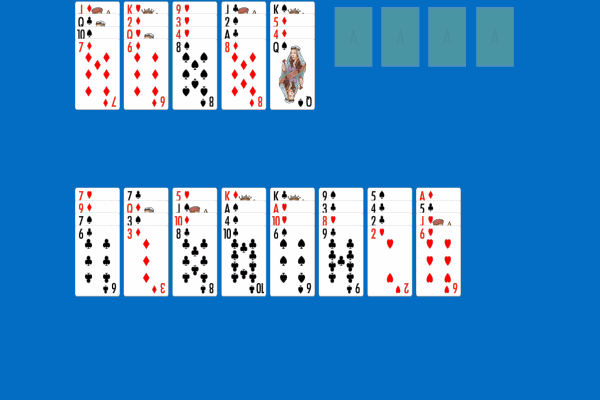 
Notice how the Kings are at the top of the stacks- this is a feature of all Bakers Dozen deals. You might start buy moving the 8 of Diamonds onto the 9 of Clubs, to get access to the Ace. 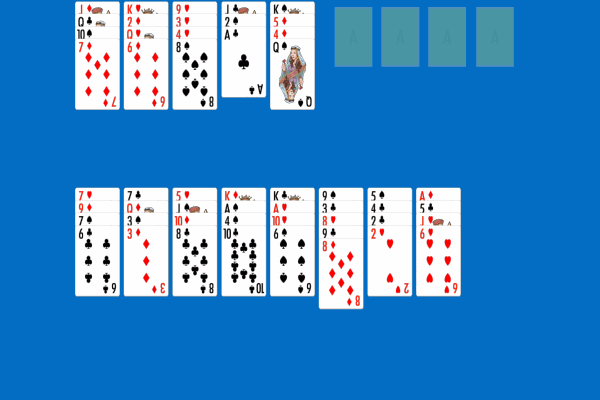 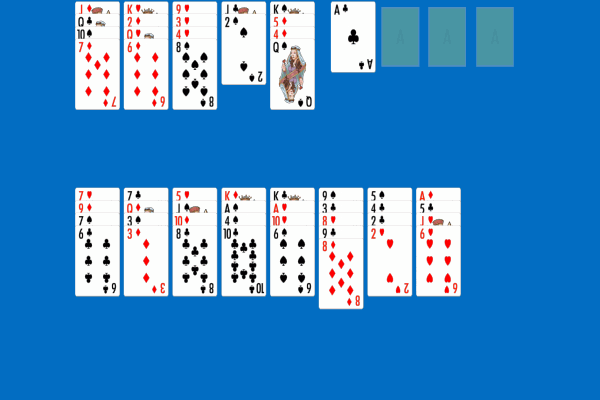 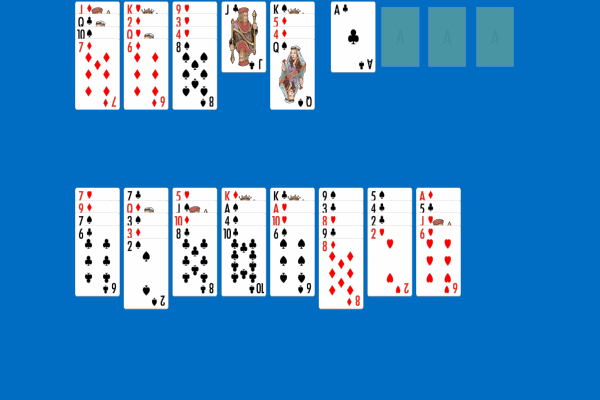 We could now move the Jack of Clubs onto the Queen of Spades. There would be no point in doing this at this stage of the game though, because the "Jack" stack would no longer be useable, and we would limit our options. This is an example of some of the thinking that is required to finish the game...