Bakers Game Solitaire is a variation of Freecell Solitaire- The only difference is that cards are built in suit sequences in the manouevre zone, rather than alternating colors. This makes the game a lot harder though, as there are significantly less possible moves available.

The aim of Bakers Game Solitaire is to build ascending suit sequences in the foundation zone.

In the manoeuvre zone, form descending sequences with the same suit. Cards are moved individually (except for power moves).

Suppose that the initial Bakers Game deal looks like this: 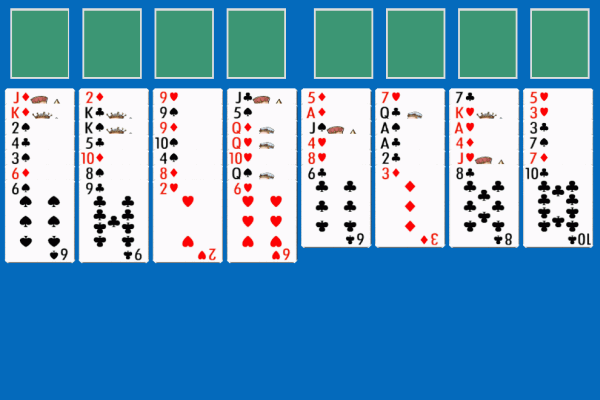 One possible start to this game is: 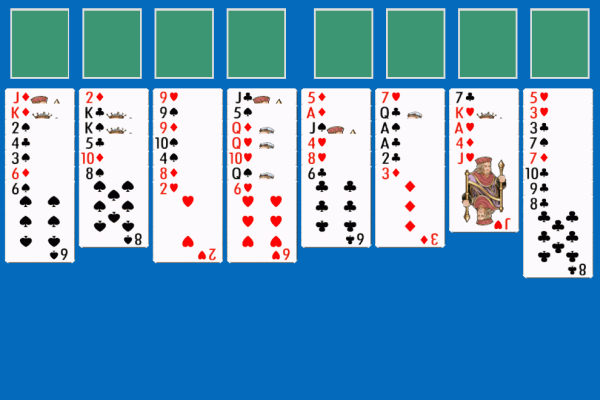 The next move might be to move the 3 of Diamonds, and the 2 of Clubs to the freecells, to get access to the Aces...