Australian Patience combines elements of Klondike Solitaire and Yukon Solitaire. It's harder to win than Yukon though, because many of the cards start in the talon, and options are limited, because cards are built down in suit.

In the manoeuvre zone, move any pile of cards from one stack to another, as long as the top card in the pile is the same suit and one lower rank than the card it moves onto.

At any time, flip cards from the talon. Where possible, move these cards into the manoeuvre zone, or directly into the foundation zone. 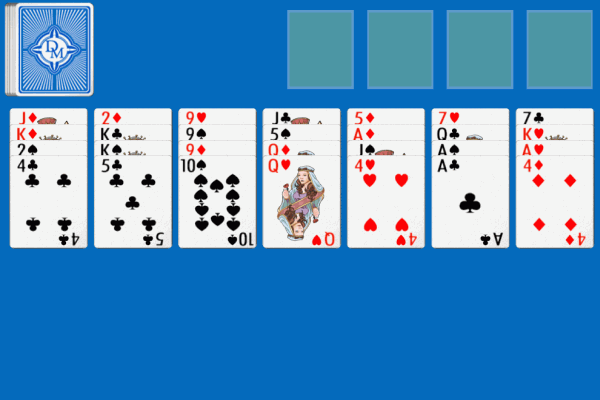 You would start this game by moving the 2 aces to the foundation... 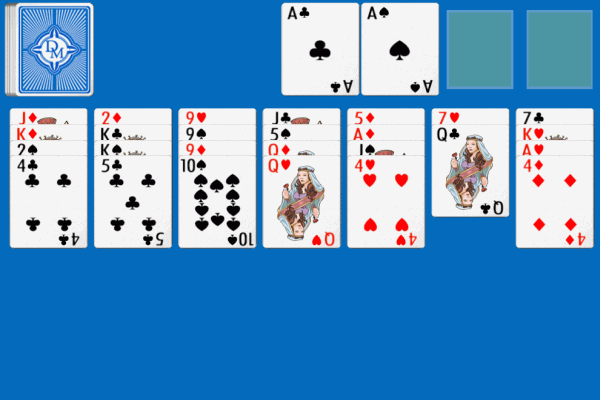 You now might move the 4 of clubs onto the 5 of clubs, and the 2 of spades up to the foundation... 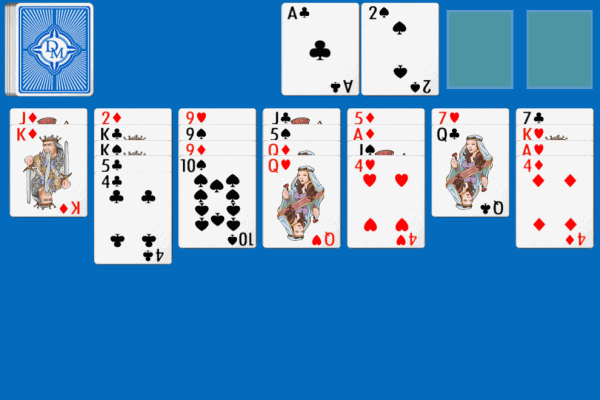 From here you might move the Queen of Diamonds onto the King of Diamonds (note that you can move the 2 cards, even though they are not in sequence. In Australian Patience (just like Yukon Solitaire), only the top card matters)... 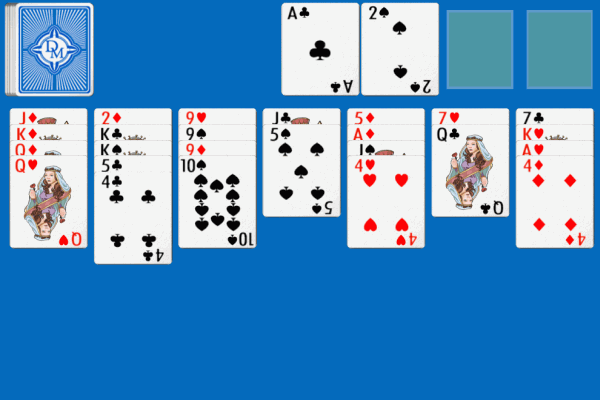 Now move the Jack of clubs, which will empty a column... 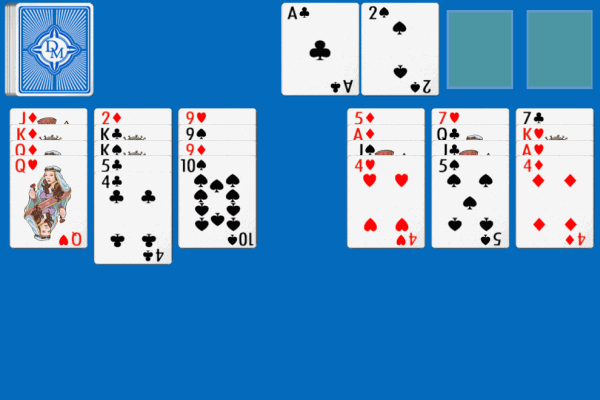 To fill the column a King must be used, such as the King of spades... 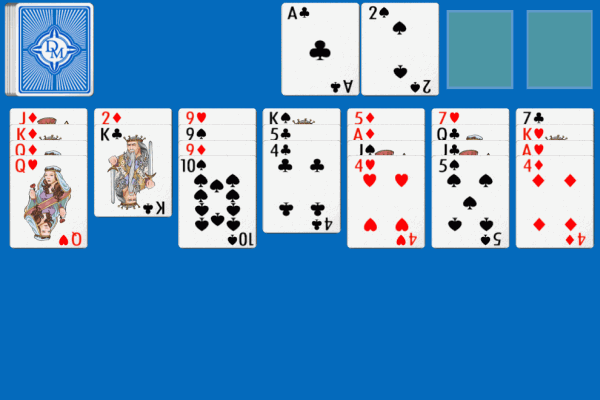