Algerian Patience is a rare, but fun 2 deck game. It requires some thought, but most games can be solved if you are careful.

At the start of the game, 4 Kings are automatically placed onto the first 4 foundations.

There are 8 stacks in the tableau, each containing 1 card.

At the bottom of the screen there are 6 reserve stacks, initially containing 6 cards each.

Cards can be played from the reserve at any time. Cards can not be moved to the reserve, except for when a reserve is empty, in which case 1 card can be moved there.

Dealing from the deck will deal 2 cards to each reserve stack- except for the last deal, which will deal 1 card to each of the decks in the tableau.

Only a single card can me moved at once.

Suppose that the initial Algerian Patience deal looks like this: 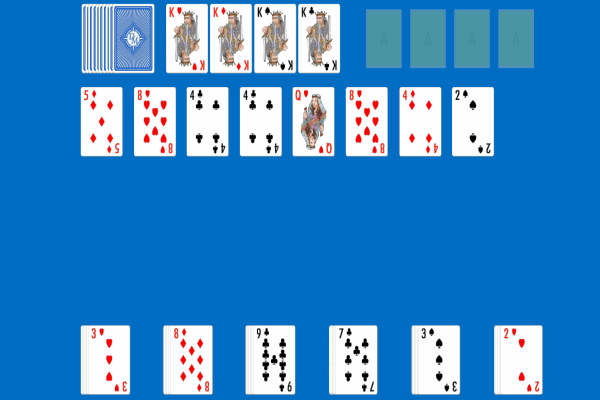 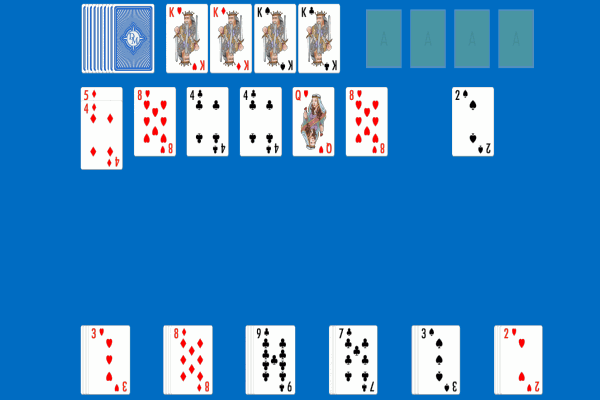 Now move the 3 of Spades in the reserve, onto the 2 of Spades. (Note that we can build in the tableau in whatever direction we want- as long as the ranks are adjacent) 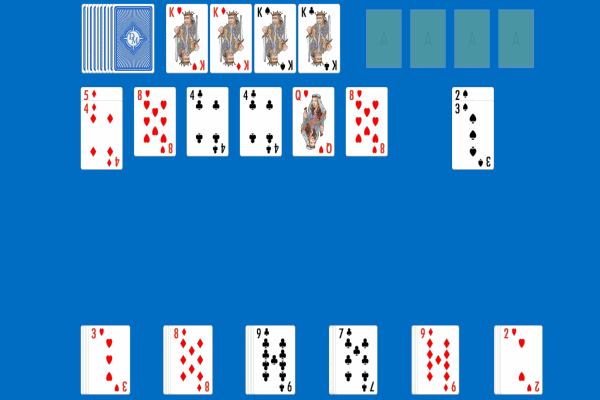 Now we could fill the spare space in with any card we want. I'll use the 3 of Hearts... 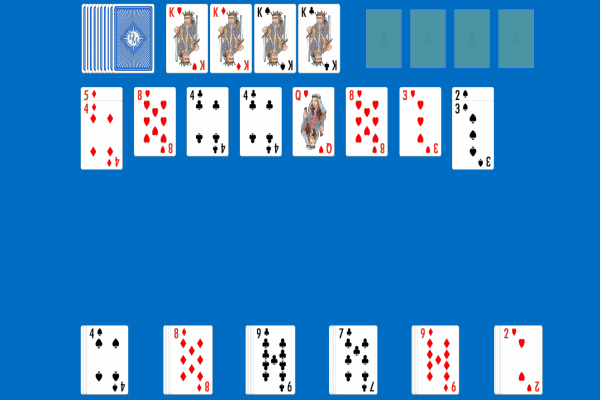 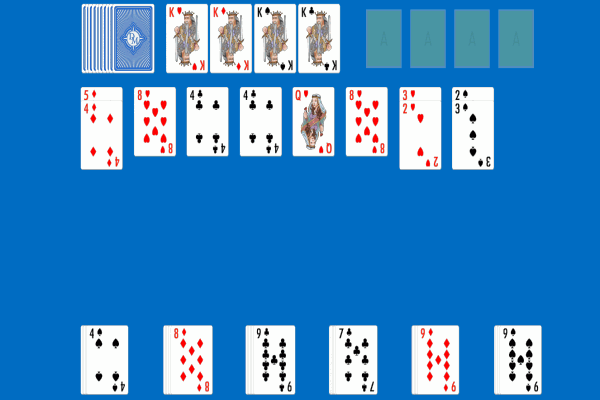 Play will continue, probably moving the Queen up to the foundation next...