Also known as 'Aces High'. This game is fast to play, and the rules are very simple. Despite the simple rules though, Aces Up has a low success rate.

To eliminate all cards in the deck except the four aces.

Aces Up is an elimination game.

The opening tableau has four columns, each initially containing one card.

Cards can be eliminated from the manoeuvre zone if there is another exposed card of the same suit with greater rank.

Any card can be moved into an empty column.

In Aces Up, the Ace is the highest rank, and can eliminate everything from a king downwards. 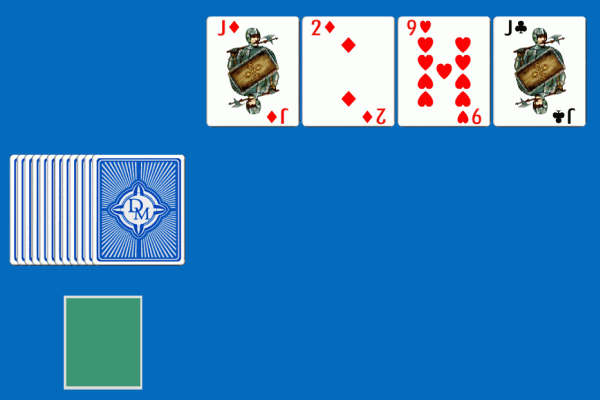 The 2 of Diamonds may be eliminated by the Jack of Diamonds (same suit, greater rank). At this point, because there is an empty column, any of the remaining exposed cards could be moved into that column. However, we elect not to do that.

The next deal reveals four new cards as follows: 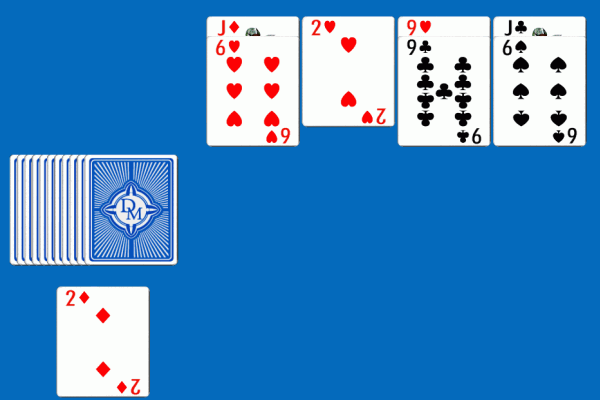 The 2 of Hearts can immediately be eliminated by the 6 of Hearts, leaving us with a choice. Which of the three exposed cards (6 Hearts, 9 Clubs, 6 Spades) should we drag into the empty position? 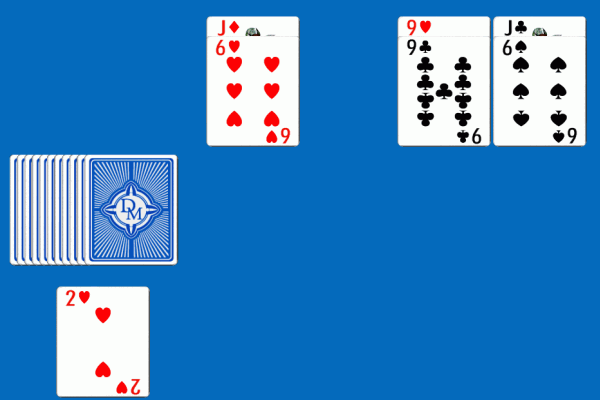 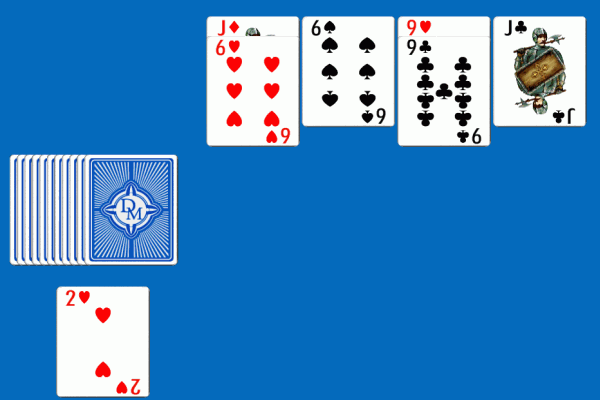 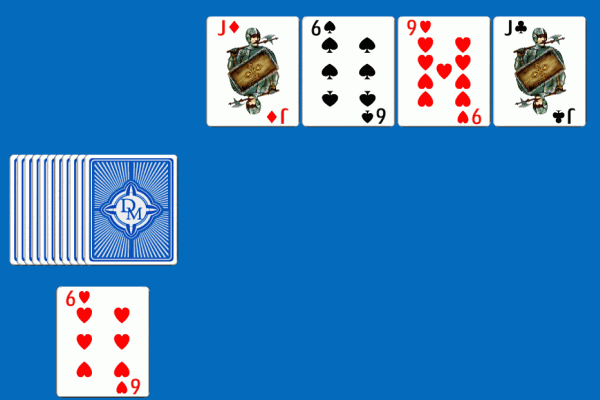 Now no more cards can be eliminated, so it is time to deal the next four cards. This continues until you have dealt all 48 cards from the talon, in 12 lots of 4. To win, you will be left with 4 aces.