The dawn of aviation.

A battle for control of the skies.

Fur is Going to Fly! 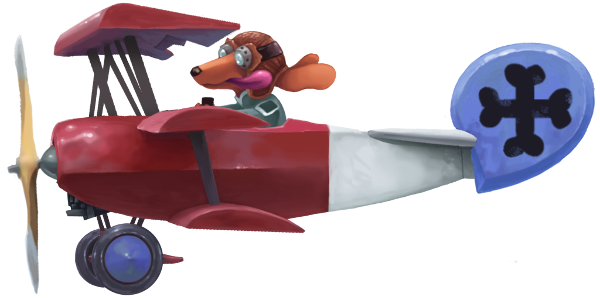 If you'd like to get updates on our progress with Baron, leave us your details below!

'Baron' is a multiplayer game of aerial dogfighting.

The action is nominally set in the First World War. The aircraft are fragile-looking biplanes. The pilots are cute furry (or feathery) animals.

The action takes place in side-view. While the flight model is grounded in real physics, the game at all times emphasizes fun over realism.

This means aircraft can be equipped with weapons which are completely inappropriate for the era, but are fun to use anyway -- weapons like flamethrowers, freeze rays, anvils, and ridiculously overpowered battering rams. 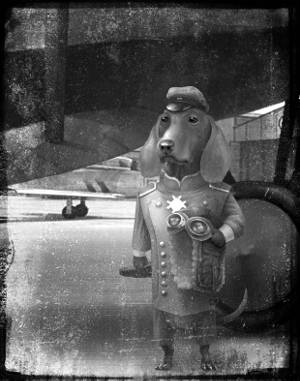 It's going to be a real dogfight...

Up to six brave aviators take to the air in their magnificent, fragile, flying machines.

Looping and rolling, spinning and whirling, diving from the clouds, zooming inches above the ground.

Guns blazing in a desperate battle to down their foe.

How about something heavier?

Or perhaps a better choice would be the authentic turn-of-the-century Freeze Ray?

Maybe one would prefer a flame-thrower? Exploding balloons? Or simply a well-timed banana peel?

Wrap those furry paws around anything that could ensure victory.

Seat of Your Pants Excitement

Put on your goggles. Tighten that seatbelt. Things are about to get wild.

Dogmelon is an experienced development team who have shipped successful games on many platforms.

Dogmelon has self-funded the development of Baron. The game is nearly feature-complete, and is now undergoing play-testing and refinement.

The main engine combines Objective-C, OpenGL, and Lua. Currently we are working on some C++ conversions to make sure the game runs on Windows. 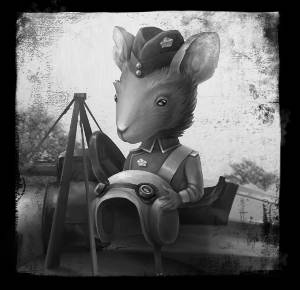 Baron was designed from the start as a casual couch game, perfect for consoles. Here's why:

It's a Casual, Multiplayer Couch Game.

Baron has a family-friendly appeal that suits players of various abilities.

The battles are comical and cartoonish.

The special weapons, in-game taunts, and sound effects mean that crashing and burning results in laughter rather than real anguish.

Because there is no requirement for split screen, you don't have to stare at your own small window as players join the fray. All action takes place in the one arena.

We have relentlessly focused on ensuring Baron is:

We've honed the gameplay by testing on a range of the very harshest critics, from impatient kids who ask to play Minecraft in 30 seconds if a game is boring, to non-gamer adults who put down the controls if they get confused or intimidated.

The game controls require a D-pad and 4 buttons. In fact, the control scheme is so simple that we have successfully tested having two players per XBox controller, meaning you can have twice as many players as you have controllers!

While Baron is fun with one or two players, it's even better with four or more. In playtesting we have had up to 8 players simultanously duking it out. We think it will be possible to have up to 16 players on the screen, a ridiculous number. Most people will run out of lounge room seating before the sky is full.

The aircraft control scheme is very simple. A D-Pad plus four buttons mean that it's very easy to pick up and play.

But beyond the simplicity, there is great subtlety in the controls. Serious players will still be improving a month later.

People love to work together. Baron has team modes where you can be on the same side as your friends, working together to take down your enemy.

'When I visited my brother, I showed Baron to his three teenagers.

This was a very eary version -- way back before we added Special Weapons. It was supposed to be a quick 5-minute Show-and-Tell.

An hour later, we had to stop them playing because it was dinner time!'

Playtesting has shown that Baron can be enjoyed by children and adults, male and females, avid gamers and people that have barely held a joystick before.

Dogmelon is a small team that has been making games for approximately 17 years.

As individuals, our console experience goes back to the Playstation 2 era -- working on a game for Electronic Arts (EA) in 2000.

The Dogmelon team is very experienced at completing and shipping games on a variety of platforms. Dogmelon has published a number of games on Apple TV, Windows, Mac, iOS, Android, and even back to Palm Pilots and eBookmans.

The company has games that are still updated and supported more than a decade after the initial release.

Baron is our funnest game yet. 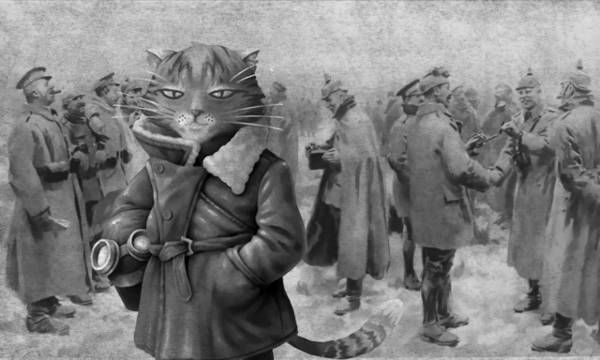